COLOMBO (News 1st) – The convenor of the National People’s Council Chameera Perera says that the UNP leadership is attempting to appoint 30 new members to their working committee discreetly to fill vacant positions.

He added that the former Chairman of Lankaputhra Bank Lasantha Gunawardena and Ministers Thilak Marapana and Vajira Abeyawardena are also behind this move.

Chameera Perera noted that according to his sources the appointment of 30 new members is a strategy to increase the amount of Royalists to support the leadership of the UNP. He added that the leadership of the party is afraid of the uprising of the masses as the power of the people is stronger when they are together.

He went on to note that corrupt individuals such as Thilak Marapana, former chairman of the Lankaputra Development Bank Lasantha Gunawardana, Vajira Abeyagunawardena lost their offices when the public took to the streets against their misconduct.

He finally added that the 30 members who are to be appointed to the working committee have numerous allegations against them and confidently stated that the voice of the Sri Lankan people would not be suppressed by these corrupt individuals.

Lasantha Gunawardena, who held the position of Chairman of the Lankaputhra Development Bank under the present Government, was relieved of his duties on September 6th 2016. He was removed because the Bank Supervision Department at the Central Bank of Sri Lanka ruled that Gunawardena did not possess the suitable qualifications for the position.

In the COPE report published on the bank on the 23rd of March that year, there was mention of a number of irregularities where Gunawardena was involved in. The report stated he did not follow due process in issuing loans, and he did not intervene to change the situation with regard to inactive loans, which stood at an extremely high 39%.

The COPE report further added interest rates for loans were decided by the Chairman as he pleased.

It was further revealed a total of 64 officials who did not have the necessary qualifications were recrutited to the bank between the 1st of January 2015 ad the 3rd of March 2016.

With a Presidential Election on the horizon, is it not people like this who are setting aside moving the party on to a winning path, and pursuing their petty aims of protecting the leadership? 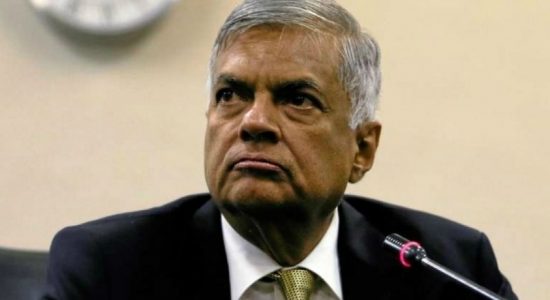 It is time for Sajith and other MPs to take over