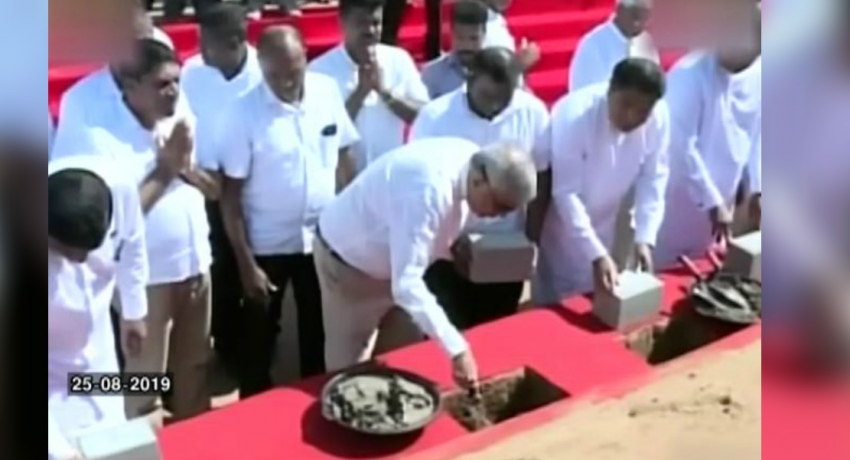 COLOMBO (News1st):- The foundation stone for the construction of the Thanthirimale Reservoir across the Lower Malwathu Oya was laid this morning (August 25) under the auspices of Prime Minister Ranil Wickremesinghe.

The construction of the reservoir will be completed by 2023 and water will be supplied for 50,000 families in the Anuradhapura, Mannar and Vavuniya Districts once the project is completed. The project is named as “Sanhidiyawe Randiyawara” and the total cost of the project will be at Rs. 22,900 million.

Speaking at this event, the Prime Minister said that a huge sum of money was allocated for this project against a backdrop where the economy collapsed following the April 21st attacks which were all possible because they never backed down from facing challenges. Commenting on the tourism industry, he said that when he summoned for an estimation of the tourist visits to Sri Lanka from the Tourism Authority that it was at 2 million which only shows that people have gradually overcome their fear and are coming back.

He also said that although the numbers are low from Europe that the numbers are good from China and India. He says that with the visit of a Bohra religious leader to the country that 35,000 tourists visited the country to pay homage to him which is how they covered all economic aspects in the country.

Prime Minister further says that currently their biggest concern and challenge is how to overcome the battle in the coming five years and added that these policies will indeed be focused on in order revive the country’s economy and strengthen the nation.