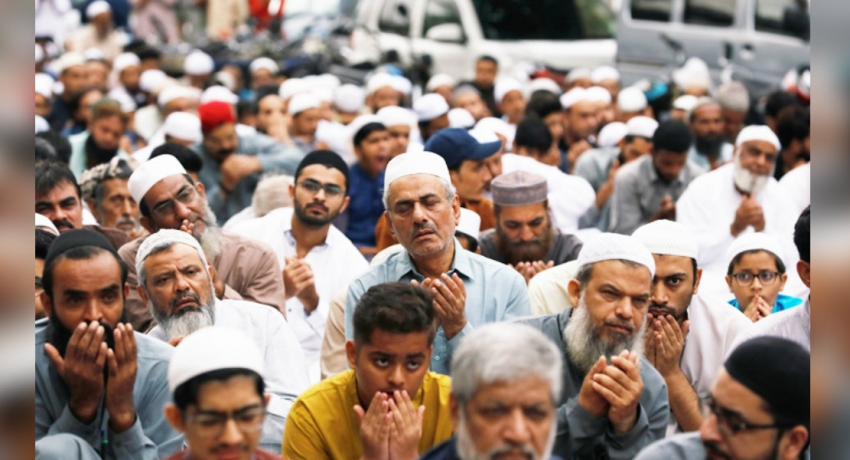 Pakistan to celebrate Eid in solidarity with Kashmiris

Pakistan to celebrate Eid in solidarity with Kashmiris

Reuters – Pakistanis on Tuesday (August 12) congregated in mosques across the country to offer special prayers for Eid al-Adha, the second of Islam’s two major religious festivals.

This year, the festival is being celebrated in a subdued manner in a bid to express solidarity with Kashmiris living in the Indian-side of the divided Kashmir valley.

On August 5, India dropped a constitutional provision that allowed the country’s only Muslim-majority state, Jammu and Kashmir, to make its own laws, and also broke up the state into two federally administered territories. The changes imposed are the most sweeping in the nearly 30 years that India has been battling a revolt in Kashmir, parts of which are claimed by Pakistan and China.

Pakistan has downgraded diplomatic ties with India and suspended trade in anger at Delhi’s latest move. The government also decided that Eid this year should be observed in a “simple manner.”

To express solidarity with Kashmir, Pakistan’s Foreign Minister traveled to Muzaffarabad, capital of Pakistan administered Kashmir, to offer Eid prayers at a local mosque. Eid al-Adha or “Festival of Sacrifice” is an important religious festival that is celebrated annually on the 10th day of the 12th and the last month of the lunar Islamic calendar.