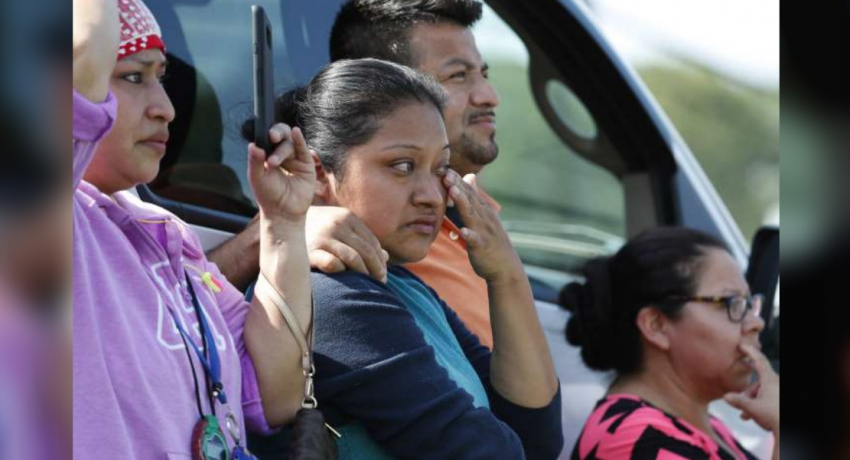 US immigration officials have said they have released some 300 people who were arrested in a massive raid in Mississippi on Wednesday. Nearly 700 workers from seven agricultural processing plants were arrested for allegedly not having proper documentation to be in the US. The raids sparked condemnation from Democrats as stories emerged of children separated from their parents.

Officials say they took steps to ensure any children were properly cared for. Immigration and Customs Enforcement (ICE) said: “approximately 680 removable aliens” had been detained during the operation, which saw agents arriving in buses to question and arrest workers at the plants.

President Donald Trump had announced an immigration crackdown in June, saying “millions of illegal aliens who [had] found their way into the US” would be removed.