Colombo (News 1st): Collection of garbage within Colombo city limits has been halted once again. Residents claim that this issue has been prevailing for the past three days. On August 5th, the Ministry of Megapolis and Western Development decided to halt the disposal of garbage accumulated within Colombo city limits at the Kerawalapitiya garbage dump.

The ministry made this decision claiming that the facility’s capacity to accommodate garbage had exceeded its limits. They added that as a solution to this issue, the garbage will be transferred to the Arawakkaru area in Puttalam.

However, due to the delay in the transfer of garbage to Puttalam garbage collection within the Colombo city limits has been hampered and garbage had accumulated in several areas across the city. With the prevailing rainy conditions, the inefficient garbage disposal will no doubt give rise to several consequences, including the spread of dengue.

550 Metric tonnes of Garbage per Day

Employees of the Colombo Municipal Council claim that garbage disposal has been halted due to the unavailability of proper garbage dumping sites.

Speaking regarding the issue Colombo Municipal Council Commissioner Palitha Nanayakkara noted that they have been given the task to ensure that accumulated garbage will be disposed and also have been instructed to ensure the relevant companies in charge of a garbage disposal will address this issue and transfer the garbage to Arawakkalu.

Despite the remarks made by the municipal commissioner, transferring garbage to Arawakkalu is much easier said than done. The Wanathawillu Pradeshiya Sabha has requested a monthly fee of Rs. 2.5 million, to dump garbage in the Arawakkalu dump.

Accordingly, the Colombo Municipal Council will incur a cost of Rs. 4.125 million daily to transport garbage to Arawakkalu and a cost of Rs. 123.75 million on a monthly basis. Meanwhile, the Wanathawillu Pradeshiya Sabha claims that the monthly fee of Rs. 2.5 million is not sufficient.

Chairman of the Wanathawillu Pradeshiya Sabha Samantha Munasinghe noted that one of the five sections in the sanitary waste dumpsite in the Wanathawilluwa area is complete, however, as per the initial project, the waste that was to be dumped should be dried and packed. He added that the garbage that is currently being disposed of does not fulfil those requirements and the people in this area have been inconvenienced due to this issue. Therefore, he adds that he must stand with the people at this point.

Responding to this Municipal Commissioner Palitha Nanayakkara said these issues are currently being solved as the Colombo Municipal Council has followed the proper procedures when disposing of garbage. However, Chairman of the Wanathawilluwa PS warns that if the garbage is not disposed of in the proper manner, they will take legal action against the matter. He noted that this is not a selfish decision as they must think of the country first.

Speaking regarding the matter Minister of Megapolis and Western Development Patali Champika Ranawaka noted that they need to be considerate regarding the problem faced by the Wanathawilluwa Pradeshiya Sabha, as the garbage is being dumped in their area and they compelled to maintain this dump. He noted that he cannot see why they should refrain from giving Rs. 2 million to the Wanathawilluwa Pradeshiya Sabha as they already spend approximately Rs. 1.2 million for the transport of garbage. He adds that instead of passing the buck the Colombo Municipal Council must dispose the garbage in the scientific garbage disposal facility that they have built.

UPFA Councillor of the CMC, Rusiripala Tennakoon noted that the Municipal Council was informed that garbage disposal was to be halted in the coming months, however, they had failed to take the necessary measures to address this issue. He added that they should have implemented a program to solve this issue as it is caused due to the inefficiency of those responsible.

Councillor Tennakoon notes that there are many reports that many corrupt activities are taking place in this regard and wasting public funds unnecessarily on contractors to dispose of garbage is a crime.

It is disappointing that against a backdrop of the prevailing garbage crisis, and the continued failure to find a solution for it, an additional 27,000 metric tonnes of garbage was imported into Sri Lanka. These garbage containers still remain at the Colombo Port and Katunayaka free trade zone. The quantity of imported waste is equivalent to 49 times the 550 metric tonnes of garbage accumulated within the Colombo city limits on a daily basis.

What is the purpose of importing garbage from foreign lands, when Sri Lanka lacks a proper garbage disposal system in the first place?

Former Governor Azath Salley speaking regarding the matter noted that the only concern was about how much the commission is. He noted that when two to three days pass, this will be a disaster as there is a collision within the government. He added that the UDA and the Municipal Council are also in conflict.

He questioned; ” What’s their policy? Why are there so many issues within a government?” He said this is a conflict because of not being able to divide the power and the Colombo Municipal Council should stop this division and the dumping of waste.

According to Salley, the government is not following policy. He said people know that the Municipal Council is also full of garbage and the entire country already knows that this place is full of corruption.

Former Governor Azath Salley questions the authorities as to what is being done with this money? 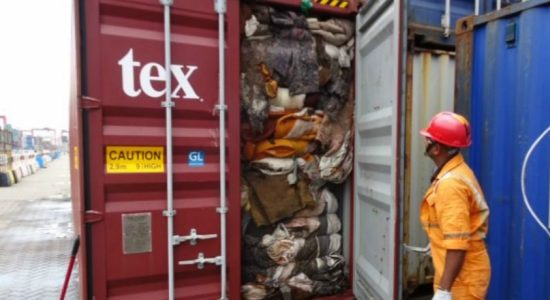 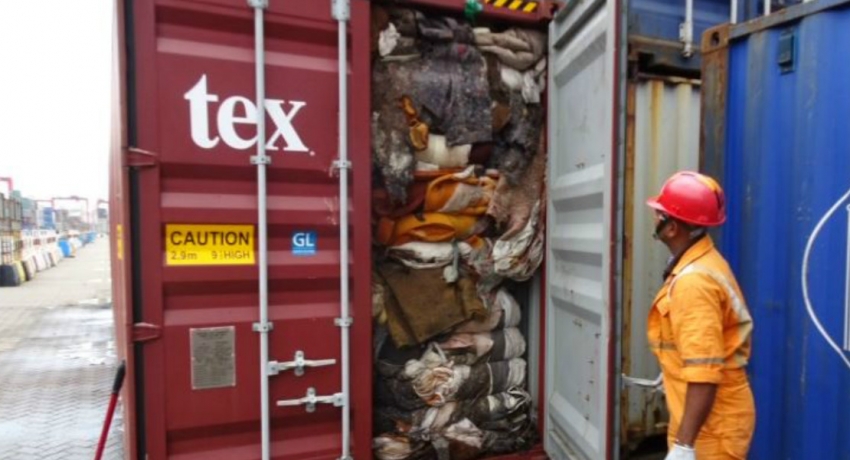