COLOMBO (News 1st) – Parliamentarian Wimal Weerawansa noted that officials of the American Secret Service had met a number of suspects in the custody of the Terrorist Investigation Division in connection to the April 21st terror attacks.

He added that two FBI agents arrived at the Welisara Naval base at around 9.30 am on the 24th of July 2019 to see the suspects who were in the custody of the Terrorist Investigation Division. The MP revealed that the agents were Triciya White and Mathew R. Oytes. He added that when they were denied access into the base a TID high ranking officer pulled some strings and managed to get an order and allow them into the base.

MP Weerawansa noted that besides the two FBI agents, two individuals attached to the American Embassy by the names of Aruna and Sanjaya Mylvaganam, a translator comprised the party. He added that they were the only people to question the suspects and they carried out the interrogations for nearly two hours.

MP questioned what authority did these US officials possess to question suspects under the custody of Sri Lankan security personnel. He noted that the US has turned Sri Lanka into a US Secret Service hub owing to the April 21st attacks.

Consequently, MP Wimal Weerawansa turned to Prasad Kariyawasam and criticized him for being on the payroll of the US and forcing the former Defence Secretary to sign the ACSA agreement. He added that it is a shame to see him still in the parliament and he also revealed the existence of two American journalists at Lake House working for the Observer and an American Tamil who works in the Elections Commission in charge of the IT Division.

He finally noted that all of them are proof that the US is working on an agenda.

Parliamentarian Wimal Weerawansa made this statement today in a backdrop where allegations are being levelled against the government over attempting to establish a hub for the US to acquire goods and services in the country through the ACSA, SOFA and Millennium Challenge Cooperation agreements.

Recently, a US aircraft landed at the Katunayake Bandaranaike International Airport and exchanged goods with an American military vessel docked off the coast under the provisions of the ACSA agreement that has been already signed.

Two weeks ago 2 large cargo aircraft belonging to Western Global, a company that provides civil aviation services to the US Department of Defence landed here on two separate occasions.

One of the aircraft had arrived in Sri Lanka from the American Base located in the Guam Islands.

The Prime Minister made a statement in parliament saying that the government of Sri Lanka has presented certain amendments to the proposed SOFA agreement with the US.

Although the Prime Minister assured that the agreement will only be signed if the US agrees to those amendments, the opposition raised suspicions that the SOFA agreement has already been signed.

The countries land laws, that were due to be amended using the grant of US$ 480 million through the Millennium Challenge Cooperation were halted by a determination of the Supreme court on the matter.

The opposition alleges that the government through this amendment was attempting to make it easier for land to be acquired for the proposed economic corridor between Trincomalee and Colombo.

While American influence in the country continues to make headlines the United Nations Special Rapporteur on the right to peaceful assembly Clément Nyaletsossi Voule held discussions with the Chief Justice of Sri Lanka.

His attempts to summon a number of High Court judges were foiled after the matter was revealed in parliament.

When details of such foreign interventions in the country continue to crop up information on a large consignment of garbage containers being imported into the country were also revealed. 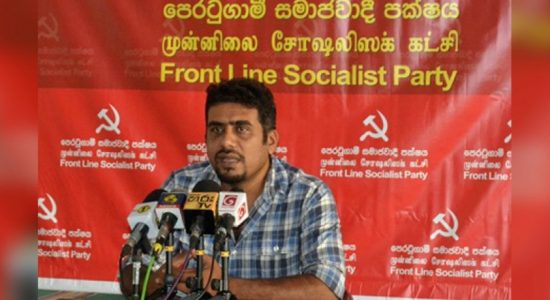 No detrimental foreign accords under Sajith