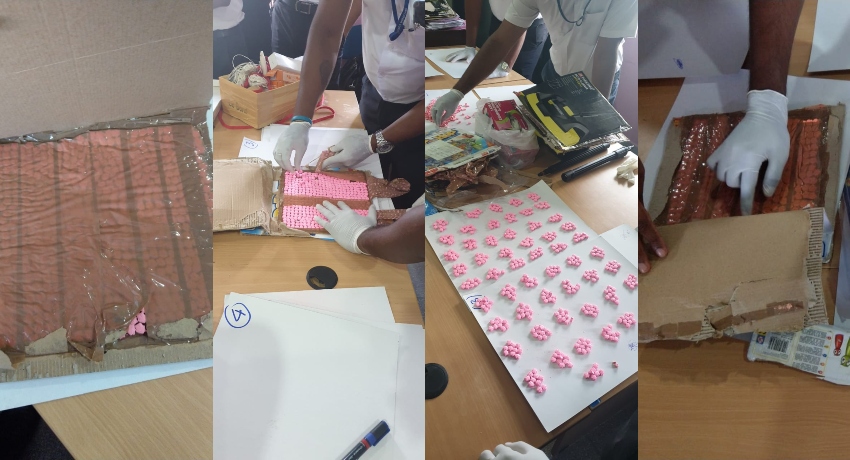 Colombo (News 1st): The Chief suspect behind yesterday’s (July 30) discovery of a large haul of narcotic pills at the Central Mail Exchange, has been identified according to officials investigating the discovery.

An official said special investigations were being conducted to arrest the suspect, believed to be a resident of Colombo.

Police said the suspect who arrived at the Central Mail Exchange to obtain the parcel is believed to be the chief suspect’s accomplice. The 27-year-old, a resident of Colombo 14, is due to be produced before court today (July 31).