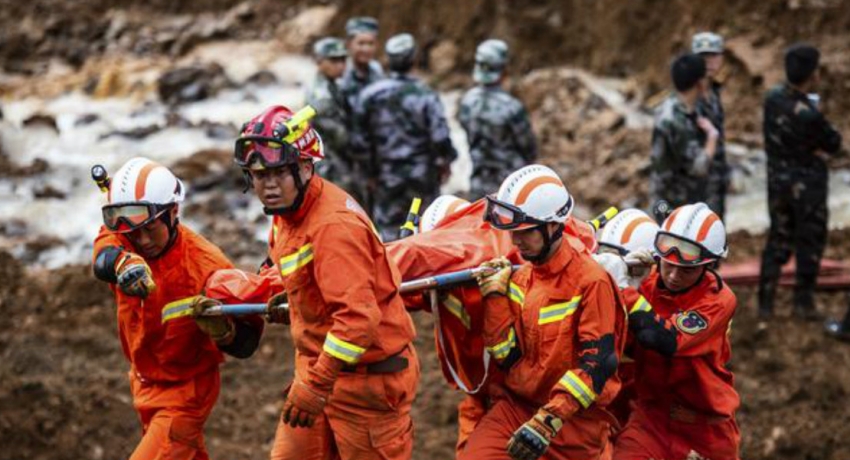 At least 36 people are now known to have died in a landslide that struck a village in southern China on Tuesday. State-run local media also report that 15 people have been missing since a wave of mud buried more than 20 houses in the province of Guizhou.

Chinese authorities told Xinhua news agency that another 40 people had been rescued from the landslide in Shuicheng county. It comes as heavy rains continue to batter parts of the country.

Two children and a mother with a baby are reportedly among the dead, but details are still unclear. Footage from state broadcaster CCTV show rescue workers using diggers to unearth survivors from a huge mound in the village.

A local school has also been commandeered as an emergency medical and rescue center for victims. According to Xinhua, the government has reportedly set aside 30 million yuan ($4.4m; £3.5m) for rescue efforts and the relocation of victims.

Landslides are common in rural and mountainous areas of China, especially after heavy rain. Last month, footage emerged of a landslide in Fujian province in the country’s southeast. Several other people have also been killed and thousands have been evacuated from their homes this year as a result of rain and flooding.