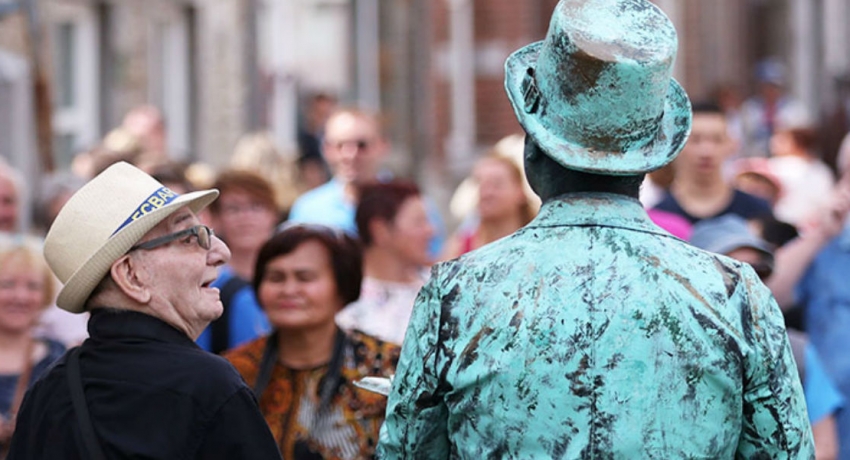 Statues come to life at street artists festival in Belgium

Statues come to life at street artists festival in Belgium

Reuters – Over 100 fantastical statues came alive in Belgium this weekend as street artists showed off their creations at Europe’s biggest “living statue” festival.

Far from the frozen poses usually adopted by living statues performing on street corners across Europe, the artists at the Marche-en-Famenne festival interacted with the public, playing with children and dancing with spectators.

Two artists, calling themselves the “Tetes Perdues” (“Lost Heads”), dripping in mock blood, came headless to the festival and posed for photos with children.

The living statue artists, some of whom came from outside Europe, were seen by 50,000 visitors, local media said.

Dengue kills over 50; Highest number of victims from West...

Dengue kills over 50; Highest number of victims from West...