Colombo (News 1st): A debate was held in parliament today (July 24) about an attempt made by a UN Special Rapporteur to meet judges in the country. Speaking in Parliament Speaker Karu Jayasuriya noted that he inquired into the arrangements made for UN Special Rapporteur Clément Nyaletsossi Voule to meet the Chief Justice and High Court Judges.

He noted that he is of the view that arrangements should not have been done to arrange a meeting based on a request made by the UN Special Rapporteur. He added that after informing the Minister of Justice and Secretary to the Ministry of Foreign Affairs, he has instructed them to take the required action, therefore, he says that the meeting with the high court judges was not held.

MP Dinesh Gunawardena noted that based on instructions, they have approved the appointment of the Secretary to the Ministry of Foreign Affairs, as someone responsible. He noted that he has now admitted that he got involved in this and they were able to present a copy of the action taken by the additional secretary based on the instructions passed by the Secretary to the Ministry.

The parliamentarian said what’s important is that Secretary to the Ministry is transferred to another important or grant them the opportunity to bring a proposal to conduct an investigation against the secretary according to the constitution.

Non-cabinet Minister Ajith P. Perera noted that these are stubborn actions taken by these officials and not national policies. He noted that they have acted upon containing such behaviours, but the parliament should ensure that this type of behaviour will not be repeated.

MP Nanayakkara respectfully reminded the United Nations that they have to safeguard freedom of justice and ensure rule of law. He pointed out that some time ago, Sri Lankan judges were taken to America for training and according to what they heard from one of those judges, inquiries were made about the special high court as well.

He noted that one of the judges had recorded it, therefore they told America that they should respect their rule of law. He said that this cannot be done without the approval of the Attorney General.

MP Mahinda Amaraweera requested the speaker to appoint a select committee in parliament and inquire from the relevant authorities to take necessary action. Minister of Justice and Prison Reforms Thalatha Atukorale noted that a statement about a recording of judges was made in the chambers now.  She requested that if anyone has any information in this regard to reveal it to them so that they can do the needful.

Speaker Jayasuriya addressing the parliament responsibly stated that none of these judges met with the Special Rapporteur. He noted that the Ministry of Justice and Foreign Affairs have been informed and that he will ensure that this will not recur. He noted that he will present the proposal to the Minister of Foreign Affairs and discuss the select committee during the party leaders meeting.

Responding to this Opposition Leader Mahinda Rajapaksa noted that they heard that the Chief Justice met with the Special Rapporteur. Speaker noted that this happened as a tradition in the past as well.

UN Special Rapporteur on Rights to Freedom of Peaceful Assembly and of Association Clément Nyaletsossi Voule arrived in Sri Lanka last week. The Judiciary is an apex body and a pillar of democracy.

What authority does the UN Special Rapporteur have to summon judges of the independent judiciary?

What is the requirement to do so?

Wouldn’t such actions result in the image of the United Nations to deteriorate?

News 1st is continuing to report on large scale corruption such as the Blue Mountain Property Scam and the US agreements such as ACSA and SOFA. There is much more information regarding these that will be reported to the people.

If the UN can act in this manner without binding agreements, what would happen if or when the US agreements are signed? It isn’t clear as to who will hold power?

If similar actions were carried out in India or Pakistan they would have to face the full wrath of the law in those nations. 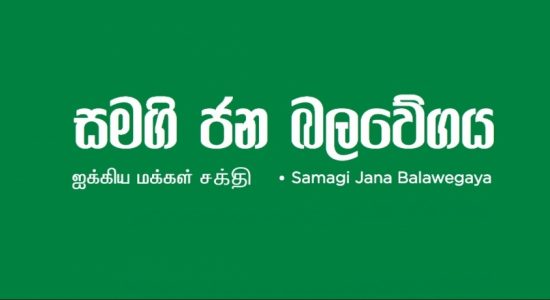 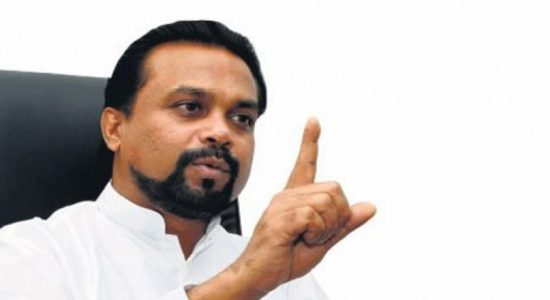 Speaker to handover letter to President with proposals from party leaders