Colombo (News 1st): People exercise their right to vote and appoint a government in the hope that they would make solving the problems of the general public their priority. Ironically our Gammadda door to door teams came across villagers where people are tangled in a web of problems spun by the politicians.

The history of the village Diyagaha in Matara had been a very prosperous one with timely rains, tanks brimming with water and barns full of harvest. That was until they unveiled another one of the government’s “development” schemes.

Now the villagers are faced with a very disappointing present. The government planted Acacia and Pine trees around the village, the rivers and tanks in the village dried up and the soil has started drying up and falling apart.

Now the villagers have to pay for the water they drink.

When the Gammadda teams visited the village of Moragahakanda they were greeted with the site of dilapidated houses. The landslide that occurred in 2016 buried everything the villagers owned.

23 individuals from the 30 families who live in this family lost their lives. 14 people out of them were buried alive. The ones who lived were only left with sorrow and hope. Even though the government-approved compensation of Rs. 2.5 million, the villagers refused to accept it because it was impossible to purchase land and a house with that amount.

Thereby they were instead directed towards rented houses. The government promised to give them houses, but they are yet to make that dream a reality. That is why they are now residing in their houses that were destroyed by the landslide.

In the village of Erathna in Kuruwita Ratnapura when it rains most of its roads turn into miniature rivers. Only the elders of the village know that 3km of the road that leads to this village was once laid with Asphalt.

The children of this village are unaware of this. These 1000 families who live in this village have lost count of the of times they requested a proper road from the authorities.

The elephants who encroach the village of Theliyaye have proven that they are much smarter than the wildlife officials. Even though the Wildlife officers hoodwinked the villagers by building an electric fence that does not have electricity running through it, they did not fool the elephants.

As a result, the elephants have to put in any effort to enter this village. These villagers who live on the bare minimum have been heavily burdened by this Elephant menace.

The wildlife officials have turned a blind eye on this matter that the villagers believe that the only way that the elephants would stop coming into this village is out of pity towards these poor villagers.

These villagers are not asking for any luxuries. They are merely asking for a fence that would ensure the protection of their children’s lives. 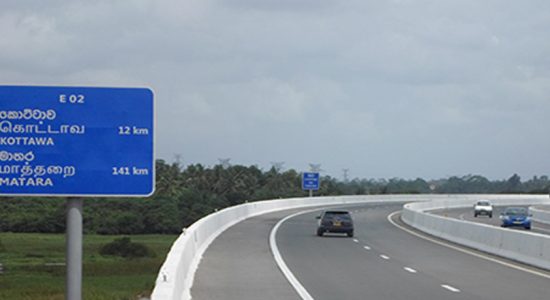