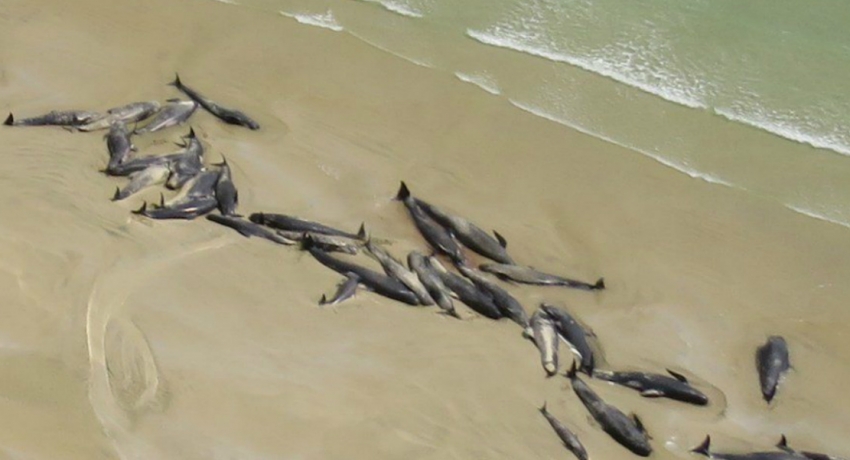 Dozens of dead beached whales have been spotted by sightseers during a helicopter flight over western Iceland. The dead pilot whales were photographed during the trip on Thursday over a beach at Longufjorur. It’s unclear how the mammals became beached. The region where they were spotted is secluded, inaccessible by car and has very few visitors.

Police in the nearby town of Stykkisholmur has been made aware of the discovery, local media say. He told the BBC: “We were flying northbound over the beach and then we saw them. We were circling over it not sure if it was whales, seals or dolphins. We landed and counted about 60 but there must have been more because there were fins sticking out of the sand. “It was tragic and when we stood downwind it was smelly. It wasn’t something nice to see and quite shocking since there were so many”.

Edda Elisabet Magnusdottir, a marine biologist and whale expert, told Iceland Monitor that when such mammals enter shallow waters “most of them have a tendency to become disorientated”.She added that pilot whales usually swim in tight groups, which is why so many of them become stranded at once.  In November 2018, about 145 pilot whales were found beached on an island in New Zealand. Half of the whales had died by the time they were discovered, while the remaining were put down as it would have been too difficult to save them.