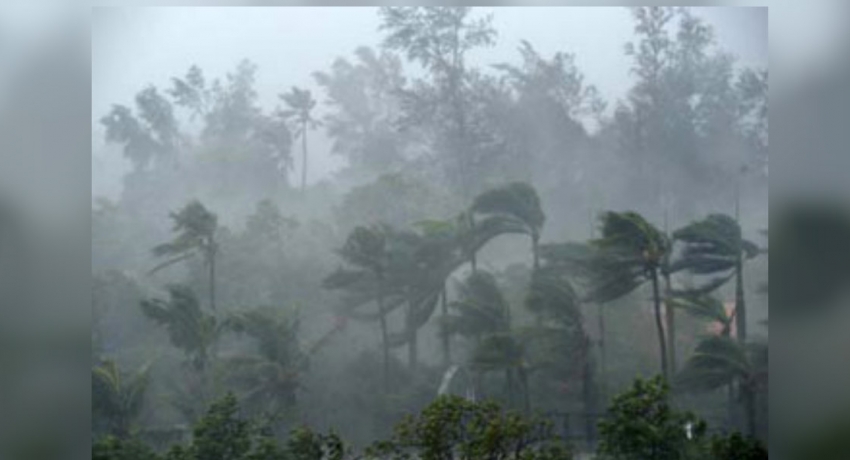 COLOMBO (News 1st):- The Department of Meteorology states that the prevailing strong winds over the coastal areas of the North-Western province, the Western, the South West and the Southern will continue over the forthcoming days.

Duty Forecaster Janaka Kumara said that intermittent wind speed of about 60-70 kmph could be experienced from the Western, Southern, Sabaragamuwa, North Western and North Central provinces and the Trincomalee district.

Meanwhile, the Disaster Management Centre states that over 5000 people in over eight districts have faced difficulties due to the bad weather conditions. Assistant Director at the DMC, Pradeep Kodippili said that seven people have died as a result of landslides and floods.

The National Building Research Organization states that the landslide warning issued for Ratnapura, Nuwara Eliya, Kegalle, Kandy, Kaluthara, Matara and Galle districts will be in effect till 9.00 pm today (July 20). The residents of these areas are urged to remain vigilant.

Nearly 10 shops in a two-storey apartment near the Gingathhena police station along the Ginigathhena-Kandy route were completely destroyed in a landslide at around 2.00 am last morning (July 19). 20 multi-day trawlers have reportedly drifted towards the Maldivian territorial waters due to the heavy winds.

The DMC further noted that over 5,050,000 people currently face difficulties due to the dry weather in several areas of the island.