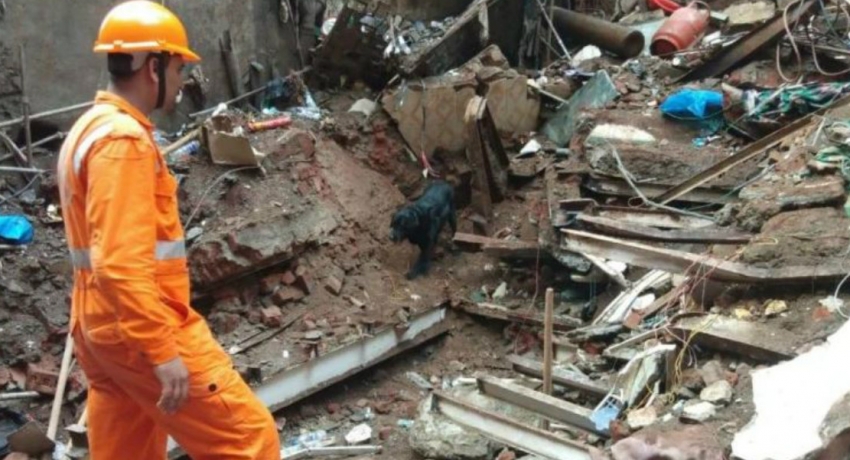 Colombo (News 1st): The death toll from the collapse of a decades-old four-storey building in India’s financial capital Mumbai rose to 14 on Wednesday (July 17), with at least nine injured, officials said, as rescuers continued to save those trapped in the rubble.

India’s National Disaster Response Force (NDRF), Mumbai police, fire brigade as well as local residents were working together to clear the collapse site. An NDRF official said that rescue operations will not end until the last victim has been saved.

The collapsed building was nearly 100 years old and an investigation into the incident will take place, said authorities.

It was the second building collapse in Mumbai in 10 days, as monsoon rains lash the city. Several older and badly-constructed structures have crumbled in the city in recent years due to heavy monsoons.