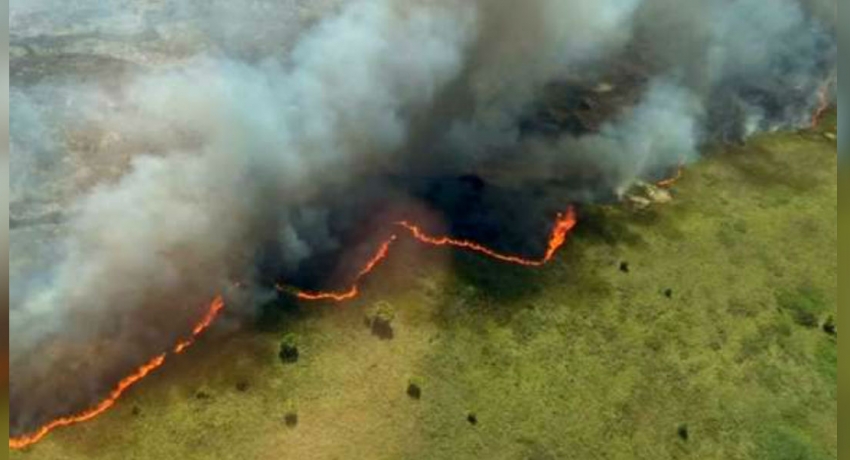 Reuters – A wildfire blazed through hundreds of hectares of a UNESCO heritage site in Quintana Roo on Sunday (July 14), affecting 2,500 hectares (25 kilometres) of vegetation in the Sian Ka’an Reserve, according to Felipe Ángel Omar Ortiz Moreno, director of the reserve.

Images recorded by Secretary of Ecology And Environment of Quintana Roo (SEMAQROO), showed the fire burning parts of the fragile reserve, leaving a trail of charred damage that is estimated take at least 200 years to recover.

Around 80 crew members have been mobilized to help control the the fire. Gonzalo Merediz Alonso, executive director for the site, believed that hunters caused the fire, something that is not uncommon in Quintana Roo.