Reuters – Boris Johnson, who has pledged to deliver Brexit on October 31, is in the final days of the race with his rival for the premiership, foreign minister Jeremy Hunt.

Johnson and Hunt are locked in a battle to succeed Theresa May, who resigned as prime minister after failing three times to get parliamentary approval for a withdrawal deal for Britain’s exit from the European Union.

Whoever takes over will have the job not only of trying to steer Britain out of the EU by the next deadline, October 31, but dealing with a raft of challenges from an unpredictable U.S. president to mounting tensions with Iran.

The frontrunner to be Britain’s next prime minister, Johnson is known for his often bumbling persona, which some find refreshing and others call clownish or a calculated political tactic. His career has been marked by a series of gaffes. But the former foreign secretary says he is the right person to set the country on a new course outside of the EU.

Johnson has said the deal that May agreed with Brussels is now dead and that if he cannot renegotiate a new pact by the end of October, he will embark on a disorderly no-deal departure, the nightmare scenario for many business leaders and the dream of hardline supporters of Brexit who want a decisive split.

The EU has repeatedly said it will not renegotiate the deal.

Nearly three years since the United Kingdom voted 52%-48% to leave the EU, the ruling Conservative Party had its worst result in centuries in a European election in May, and opinion polls indicate a snap election would produce a hung parliament.

The Conservative party has about 160,000 members who have received ballot papers by post and are in the process of returning them.

The new prime minister will be named on July 23 and take office the following day. 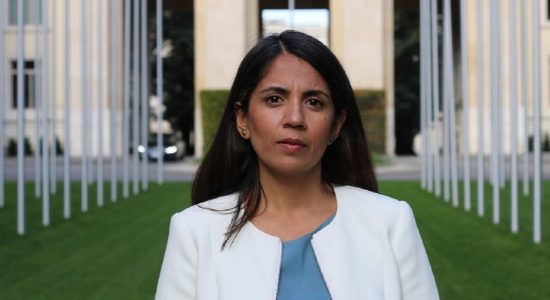