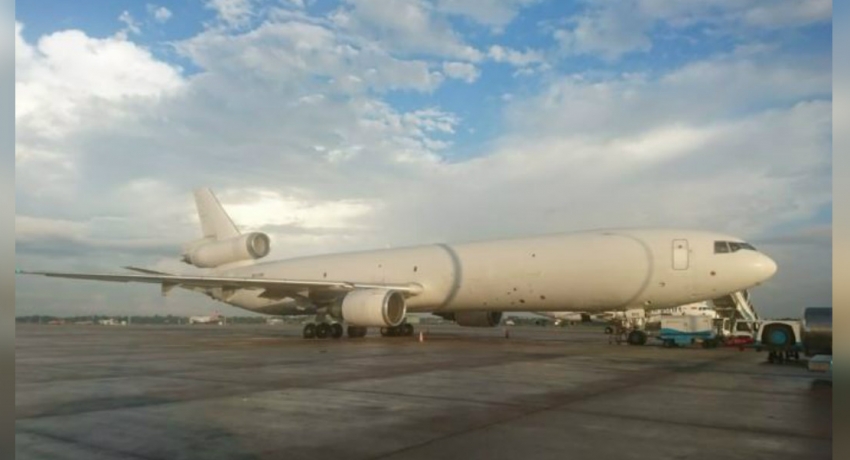 COLOMBO (News 1st): The US Cargo Aircraft that landed at the Bandaranaike International Airport yesterday (July 12) departed this morning (July 13). Airport officials confirmed that the aircraft left to the United Arab Emirates this morning. When inquired the Civil Aviation Authority said that the aircraft did not unload any cargo in the country.

The McDonnell Douglas 11 aircraft belonging to the Western Global Airline, a cargo carrier, reached the Bandaranaike International Airport at 3:47 am today. Made in the USA, it is a large-cargo aircraft capable of flying long distances. The WGN 1710 aircraft from Bahrain. The aircraft had travelled to Bahrain from Frankfurt, Germany.

When observing the flight patterns of this aircraft, it was clear that this aircraft had earlier flown to US bases in several countries in recent days. When News 1st logged on to the official website of the Western Global Airlines, it was mentioned that the US Department of Defense is one of the main partners.

This aircraft is similar to the aircraft that landed at the Katunayaka airport after transporting items to the US Navy’s, USS John C Stennis, anchored off the coast of Trincomalee. It must be noted that this aircraft also arrived in the island from Bahrain. 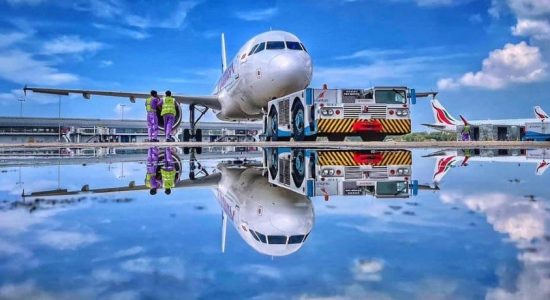 TRAVEL AGENTS TO LOSE LICENSES IF GUIDELINES ARE VIOLATED