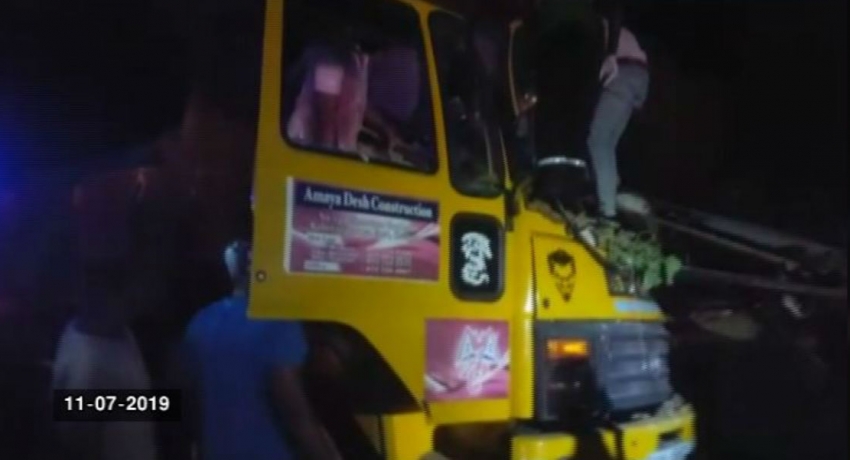 Accidents across the island leaves one dead

Accidents across the island leaves one dead

COLOMBO (News 1st) –  Several accidents were reported from across the island today.

An accident took place this morning, in Midigama, Weligama. A driver of a truck fell asleep leading to an accident. The assistant was killed and the driver was injured in the incident. The injured were admitted to the Karapitiya Hospital.

Another accident occurred on the A9 route in Akurana when a tipper travelling towards Kandy veered off the road. The driver sustained severe injuries and was admitted to the Akurana hospital and a later transferred to the Kandy General Hospital. The Alawathugoda police are conducting further investigation into this matter.

Meanwhile, a bus with nearly 65 passengers had an accident on the Siyambalanduwa main road, in Monaragala last evening. Four individuals sustained injuries in the accident. Cause of the accident was due to the bus driver’s failure to control the speed of the vehicle.