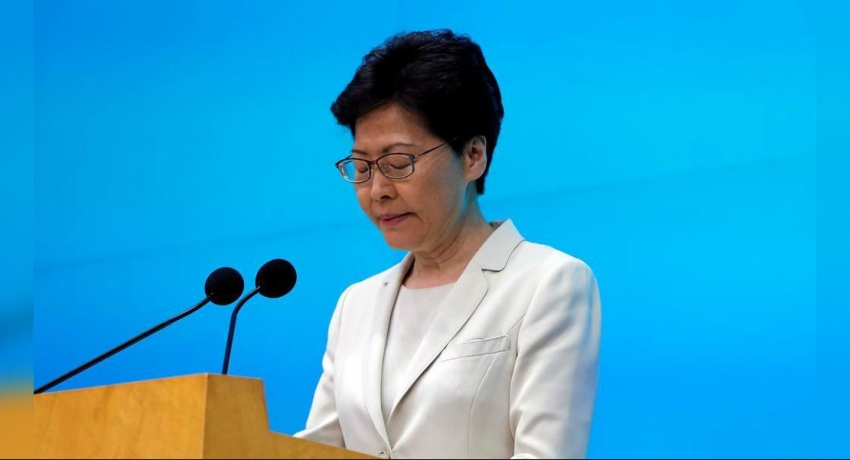 Reuters – Hong Kong leader Carrie Lam said on Tuesday (July 9) the extradition bill that sparked the city’s biggest political crisis in decades was dead and the government’s work on the bill was a “total failure”.

The bill, which would have allowed people in Hong Kong to be sent to mainland China to face trial in courts controlled by the ruling Communist Party, sparked huge and at times violent street protests and plunged the former British colony into turmoil.

Speaking to media on Tuesday, Lam admitted “there are still lingering doubts about the government’s sincerity or worries whether the government will restart the process in the legislative council”.

“So, I reiterate here, there is no such plan, the bill is dead,” she said.

Demonstrators have called for Lam to resign as Hong Kong’s Chief Executive (CE), for an independent investigation into police actions against protesters, and for the government to abandon the description of a violent protest on June 12 as a riot.

Lam said the June 12 protest, which saw police fire tear gas, rubber bullets and beanbag rounds at demonstrators, had not been given a label but reiterated any decision to prosecute protesters would be one for the justice department.

China has called the protests an “undisguised challenge” to the “one country, two systems” model under which Hong Kong has been ruled for 22 years since it was handed back to China.