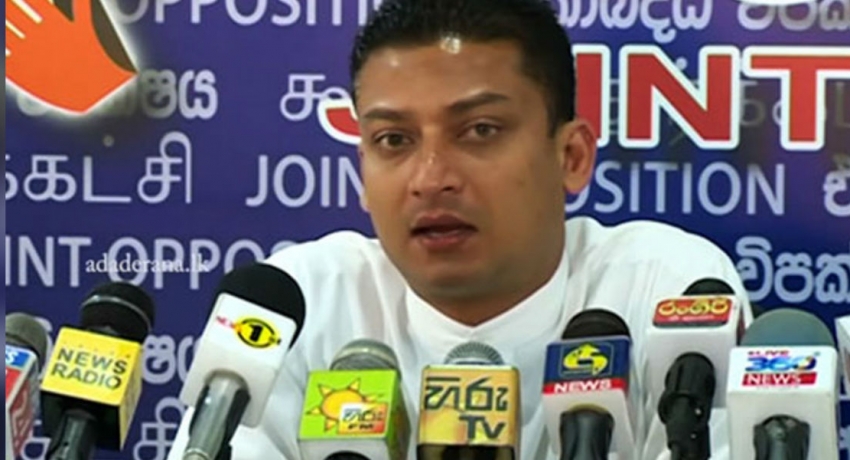 COLOMBO (News 1st) – A meeting of the Youth Bala Mandala of the Sri Lanka Podujana Peramuna was held in Kandy yesterday(July 07) and the meeting was chaired by MPs Dilum Amunugama and Thenuka Vidanagamage.

UPFA MP, Dilum Amunugama noted that they are the largest political party in the country and they would not implore other parties to join them and compromise themselves before the other party leaders. He added that citizens of the country are not concerned in appointing a right leader for the country as much they are concerned about selecting a proper pet dog with a good pedigree at pet care. He agreed that the former defence secretary, Gotabaya Rajapaksa also signed certain agreements with foreign nations and it was trivial compared what to the current government is involved.

UPFA MP, Amith Thenuka Vidanagamage noted that if the entire country is demanding Gotabaya Rajapaksa to be the next presidential candidate, he will be with the blessing of Mahinda Rajapaksa. He went on to note that the party will commit themselves to elect Gotabaya Rajapaksa as the president.