COLOMBO (News 1st): Minister Kabir Hashim and John Amaratunga were questioned on the Presidential candidate to be put forward by the UNP.

Minister Kabir Hasheem speaking of the matter said that there are discussions within the party on a final decision that will somehow bring victory at the Presidential election. He continued to say that somehow it will be someone who can gain victory.

Responding to an inquiry by a journalist whether there is an internal conflict of interest within the UNP, Minister John Amaratunga denied any conflict while also saying that the working committee will convene to decide on the candidate. He further said that an islandwide survey is also being conducted to comprehend who will most likely gain the most number of votes for the UNP. However, the Minister also added that someone could never say that the candidate could also be presented from India! 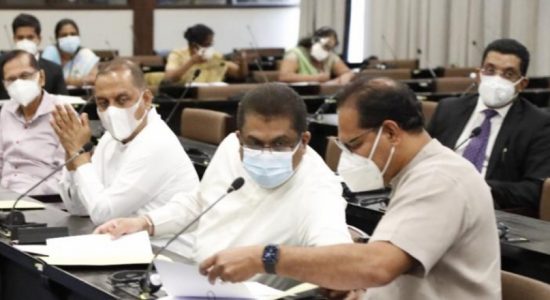