COLOMBO (News 1st): President Maithripala Sirisena addressing an event held in Monaragala today (July 6) stated that he will not allow the signing of any agreement with other countries that will be detrimental to the country.

The President further said that there are several controversial agreements such as the SOFA, the Millenium Challenge Corporation agreement and the Land Act that does not suit the country, through which the media claims that the government is planning to sign to betray the nation. President Sirisena continued to say that during his tenure as President that he will not allow anyone to sign any foreign agreement which is unsuitable and stands as detrimental to the country.

He further said that there are certain forces planning to establish their bases in the country and make it a centre to carry out what they want. The President reiterated that he will not allow anyone to sign any foreign agreement and enter the country in a manner which will threaten the independence and sovereignty of our nation. 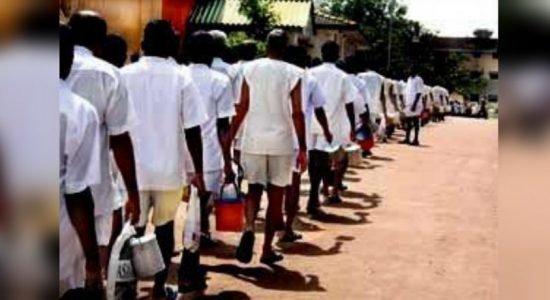