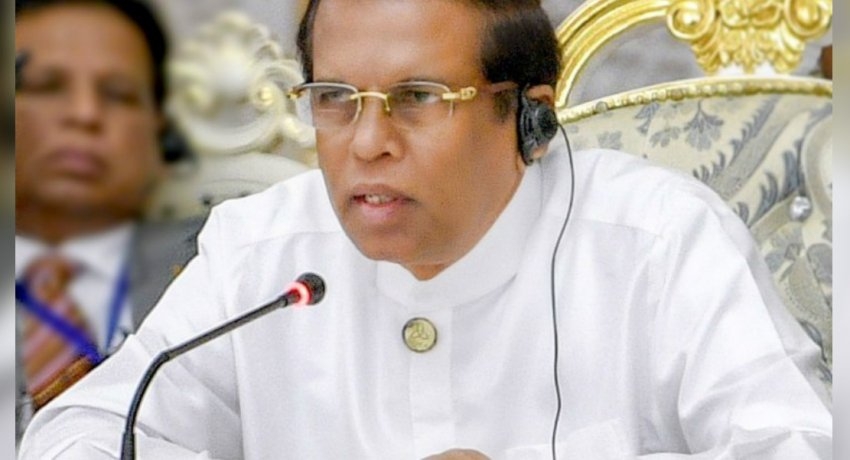 COLOMBO (News 1st) – President Maithripala Sirisena stated that he had signed the decree of imposing death sentence against 4 convicts. He added a date to impose the death sentence has been scheduled.

He went on to note that he is completely against SOFA and the agreements that allow the US forces to access Sri Lanka. The head of state said that he voiced his objection regarding the agreements at the cabinet meeting yesterday (June 25).

President Maithripala Sirisena addressing the heads of media institutions this morning noted, that reports claiming a referendum will take place, is false.

The President has said, no matter who becomes President, the 19th amendment to the constitution needs to be abolished if the country is to move forward.

He continued to say that the security status of the country is satisfactory and the terrorists who were involved in the attacks were either captured or dead.

However, he said that the Parliamentary Committee probing April attacks is a drama which is directed and scripted at Temple Trees.