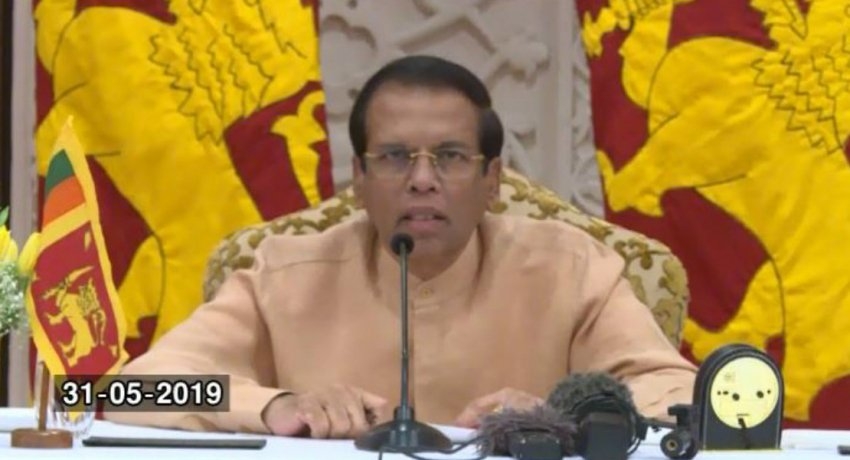 General election to be held two months after presidential election

General election to be held two months after presidential election

Speaking on the East Container Terminal of the Colombo Port the head of state noted that he rejected the initial agreement for the development of the terminal as it did not favour Sri Lanka. He added that as a result of his intervention a deal which ensures that 51% of the shares of the terminal belong to Sri Lanka was reached. The President also explained that according to this agreement India would have a 15% stake while Japan would have a 34% stake.

President Sirisena added, the rumors regarding a public referendum are false and said that a general election would be held two months after the Presidential election.

Commenting on the April 21st attacks the head of state noted that the Parliamentary Special Committee (PSC) probing the terror attack has not decided to summon him and added that he would not be appearing before the PSC even if he was requested. He noted that the PSC was a drama that was being practised at Temple Trees and being acted out at the Parliament.

The President at his meeting with the heads of media institutions explained that there are ongoing judicial proceedings regarding the April 21st attacks. A seven-judge Supreme Court bench has been appointed for this purpose. However, the Parliamentary Special Committee (PSC) convened today as well, to investigate into the April 21st attacks.

The Army Commander testified before the PSC today regarding national security. As a responsible media organization, we have taken a decision, not to report the sensitive information that was spoken before the PSC, as it may interfere with the ongoing judicial process carried out by the apex judicial body of this country.