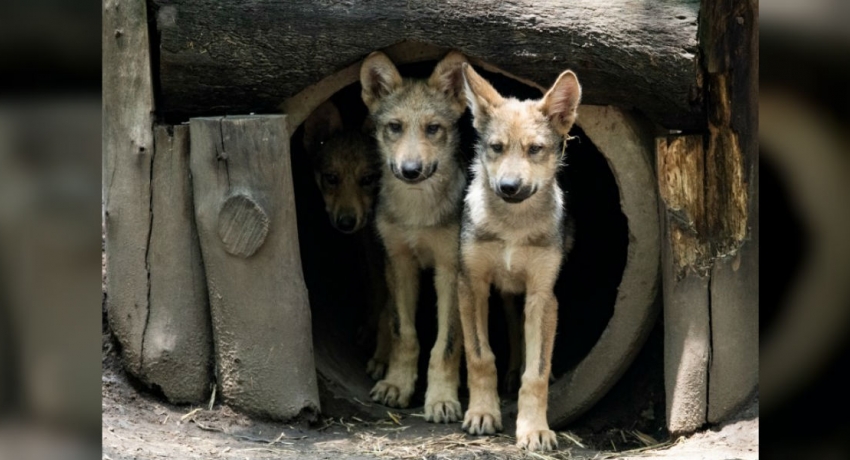 Reuters – Six endangered Mexican wolf cubs have become stars at Mexico City’s Chapultepec zoo, as zookeepers seek to bring the species back from the brink of extinction.

The cubs were born in early May but are now old enough to explore their zoo habitat. The proud parents are mother Seje and father Rhi and the pups are the results of the zoo’s breeding programme.

According to official statistics from 2017, there are only about 20 of this wolf species in the wild in Mexico. But conservation programmes have bred about 240 in captivity.

The Mexican wolf population was nearly wiped out in the 1970s due to threats from farmers seeking to protect their cattle, poaching and habitat loss.