Colombo (News 1st): A revision petition filed by former Defence Secretary Gotabhaya Rajapaksa in the D. A. Rajapaksa memorial museum case was dismissed without a hearing by the Appeal Court today (June 18).

The petition was taken up before a two-member judge bench of Justices Achala Wengappuli and Arjuna Obeysekara. Rajapaksa had filed a revision petition at the Appeal Court against the Permanent High Court Trial at Bar’s decision to dismiss the preliminary objections he had filed over the case.

In his preliminary objections, the former defence secretary had argued that the Special High Court did not have the jurisdiction to hear the misappropriation case. The former Defence Secretary is accused of misappropriating state funds worth Rs. 33.9 million in the construction of the D.A. Rajapaksa memorial museum. 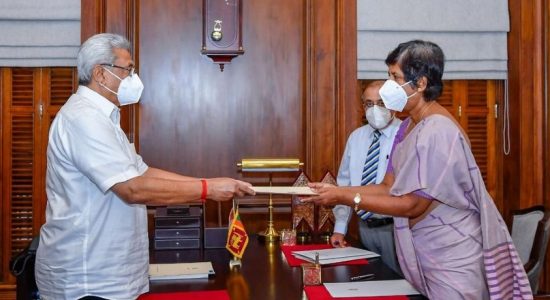