Gotabaya will sit on the President’s chair – Rohitha Abeygunawardene

Gotabaya will sit on the President’s chair – Rohitha Abeygunawardene

He claimed that the speaker does not agree with whatever the President says on the matter. He said that as per the latest information they were informed that the President is to seek the public mandate in order to determine whether a parliamentary election is required or not.

The MP said that regardless of whatever they seek for approval that they would not allow anything get in the way of holding the Presidential elections scheduled for the 8th of December since they are ready to face it. Abeygunawardene continued to say that Mahinda Rajapaksa will be representing their party’s candidate at the party summit in August while adding that it is quite clear there is no one from the opposite side to face it.

Thereby he added confidently that they would place their candidate Gotabaya Rajapaksa on the Presidents seat by the 09th of December. 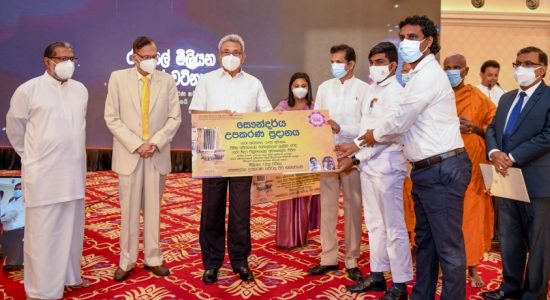