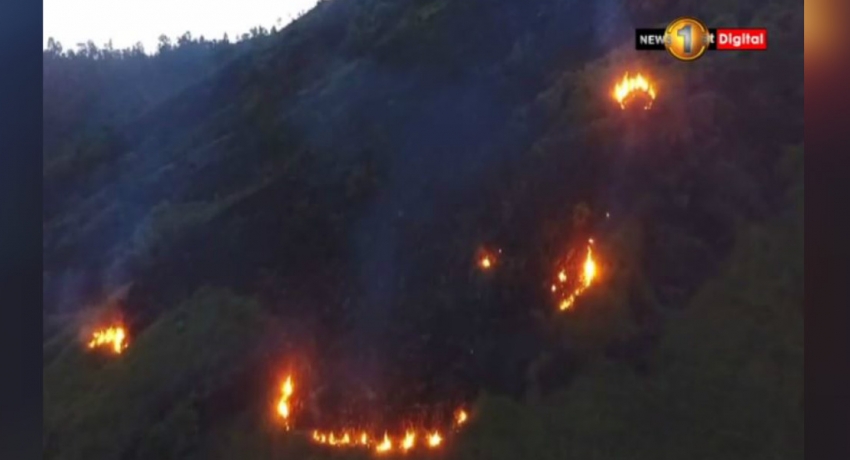 Colombo (News 1st): The fire which broke out in the Kahatagolla area in Ududumbara, in close proximity to the Knuckles forest reserve, continues to spread.

Knuckles Officer-in-Charge N.T.C. Karunaratne said that the fire has been spreading due to the windy weather in the area. He said officials and locals were fighting to contain the blaze, adding they suspect an arsonist was behind the fire.

News 1st area correspondent Salinda Dissanayake said the fire, which broke out at around 7.45 last evening, continues to spread. He said the strong winds were hampering efforts to douse the blaze.