COLOMBO (News 1st) – The Parliamentary Select Committee appointed to probe the 04/21 terror attacks is due to convene at 2 pm this afternoon.

Former Governor of the Eastern Province MLAM Hizbullah and former IGP NK Illagakoon have been summoned to appear before the committee today(June 13).

Gevindu Kumaratunga, Chairman of the Yuthukama Organization and  Chameera Perera, Convener to National People’s Council shared their thoughts on the Parliamentary Select Committee.

Gevindu Kumaratunga criticized Jayampathy Wickramaratne, very person who suggested the committee. He noted that Jayampathi Wickramarathne was a person who tried to dismantle the government structure since the 8th of January 2015. He added that his idea of the 19th amendment lead the country to an unresolvable crisis and he is the person who supervised the committee on two occasions.

Chameera Perera noted that the legislature of a country is entitled to question the conduct of a state employee at any given occasion. He added that the committee has already summoned three state officials and their answers display utter negligence to their duties. He went on to note that whether the citizens of the country should worry about the capability of their representatives to protect them. 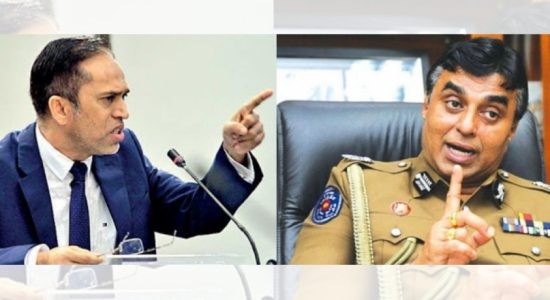