Colombo (News 1st): The Jathika Sevaka Sangamaya (JSS) of the Sri Lanka Transport Board says all its members will engage in an island-wide strike action with effect from midnight tonight (June 11).

Secretary of the JSS main branch in Narahenpita, Ranjith Wijesiri said this decision was reached as solutions were not granted to their requests.

For almost two days JSS SLTB workers protested opposite the UNP headquarters Siri Kotha. The protest was called off this evening.

Ranjith Wijesiri said they engaged in the protest citing several demands including to make permanent the 5100 members who were given promotions. 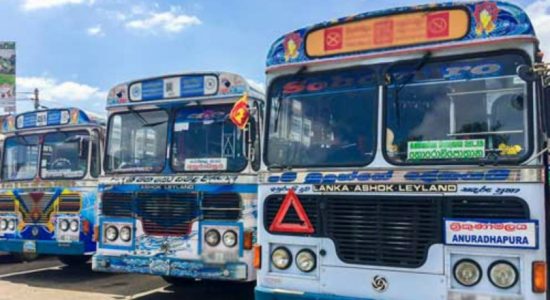 'The Finance' depositors to receive compensation