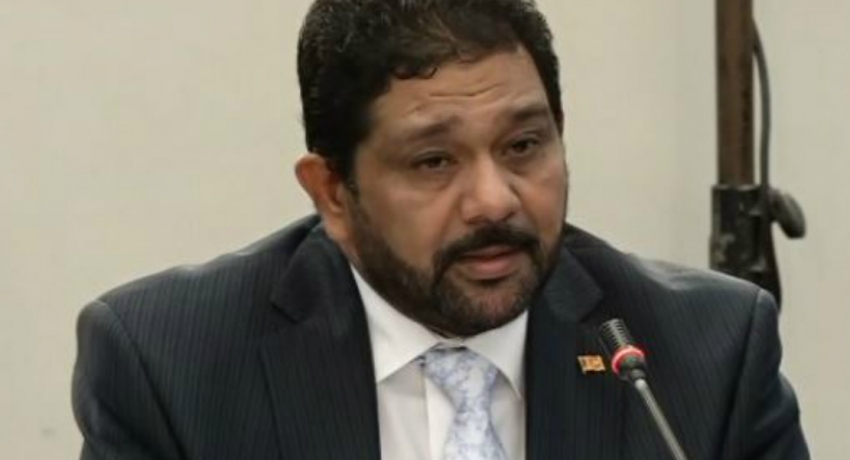 Azath Salley: We met with the 5 of the previous defence secretaries, wrote to them, spoke with them and explained to them the terrorist activities of these Tawheed Jamath organizations. 2 years ago we had handed in photographs and documents, during Easter they hoisted ISIS flags and went on marches. When the Aluthgama incident occurred I made a complaint to the Aluthgama police. When this government came into power they promised a commission to probe the Aluthgama incident, but there has been no commitment to date. Just before the 04/21 attacks, the VIPs received a message from the PSD. When I called secretary Hemasiri Fernando and told him that there is an incident like this and we must meet, he did not come to meet me alone, he brought in everyone.

Question: When was this?

Azath Salley: A week before.

Question: Do you mean 1 week before the incident?

Azath Salley: Yes, Nilantha, who was the Intelligence officer at that time I gave him this information 5 years ago. These photographs. In 2017 Zahran set fire to 120 houses in the Eastern Province. Not one police station did anything about it. The OIC who was getting ready to arrest him was transferred. The Police and the Thawheed Jamath worked together. I wrote a letter to the Inspector General of Police against this as well. I can provide copies of that as well.

Committee: Give us that copy.

Sarath Fonseka: You will have to mention a time frame when you are making statements.

Azath Salley: If we were told to come ready for all of this, I could have brought all of the documents, there is a huge pile of them. Gotabaya Rajapaksa organized a protest when you were at the UN sessions. The SLTJ was asked to bring in people and their families. So this is a separate area. Now everybody knows how funding was done for the Thawheed Jamath, not only international but also locally. We know that money was paid from the defence ministry. The Quran was translated to Sinhala from the copy that was translated to Tamil by him that was presented to Mahinda Rajapaksa, Gotabaya Rajapaksa, Wimal Weerawansa and Udaya Gammanpila. Why was this given to them? Look at this connection. When Abdul Razik hears the name Baghdadi his hairs stand straight. So why couldn’t this government arrest him? Where is the country going to?

Question: Answer according to what you can remember. When you were holding the position of Governor how many times did you inform the president?

Azath Salley: I think I told the president about thrice.

Question: The secretary of defence?

Azath Salley: I went to the defence secretary and told him about this. I was shown this list containing 8 names and asked what should be done about it. At that time, I called Pujith and told him isn’t this what we were saying all along and why wasn’t he arrested.

Question: What was the response you got?

Azath Salley: He did not say anything. So this did not happen without anyone knowing about it.

Question: No Mr Salley you said that you lodged a complaint at the Ministry of Muslim affairs, when did you make the complaint?

Azath Salley:  When the 100-day government was appointed I met with the prime minister and said appoint a better Muslim besides this person for this post. The Prime Minister told me that he will be given this appointment in the 100-day government and afterwards it will be given to someone else. I clearly state that it was because of the Minister’s brother that the incident occurred and the Thawheed Jamath came to this state. He was the person who allowed the Thawheed Jamath Mosques to be registered initially.

Question: There are various reports that at the time Zahran was one of the 26 people of that group begin paid by the state intelligence. Are you aware of this?

Azath Salley: There was no mention of Zahran there. The news report states that 26 people including Abdul Razik.

Question: You spoke about Abdul Razik before, who is he with?

Azath Salley: He is with the Colombo Police.

Question: So you are saying that he was intentionally not arrested?

Azath Salley: That is what I said, three days before I resigned I told the president about this. He called Seneviratne from the CID. When he was asked about it he whispered something over the phone and that was the end of the story. We were not given a reason as to why Abdul Razik was not arrested. So is this evidence that I presented not enough to arrest him. We did not think that you will bring the Muslim people to this situation.

Minister Ravi Karunanayake: Who do you mean by We?

Azath Salley: The government must be held responsible. At the Malwana mosque, they go and ask who are the three people teaching here, all three of them are summoned to the Biyagama Police. This is how they slept for three days. Until I spoke to the IGP they slept like this. So then don’t these people become terrorists. Now the members of the Muslim community are being arrested on suspicion, one mosque is searched about 7 times, dogs are being brought in.

Azath Salley: We said that it is wrong to do this to an entire community just because of the actions of 8 people. That is what we ask, do not push more people towards this.

Sarath Fonseka: Mr Salley although 8 people did it, 250 people died, 500 were injured. Do you think that the threat of terrorist still exists?

Azath Salley: I think so. Not only do I think so, I feel that much of the things that should have been done in this incident had not been done. 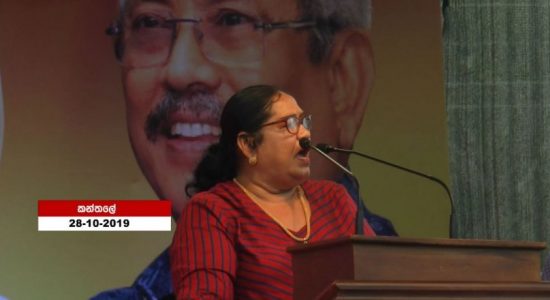 Hizbullah’s run for presidency is a contract : Azath Salley