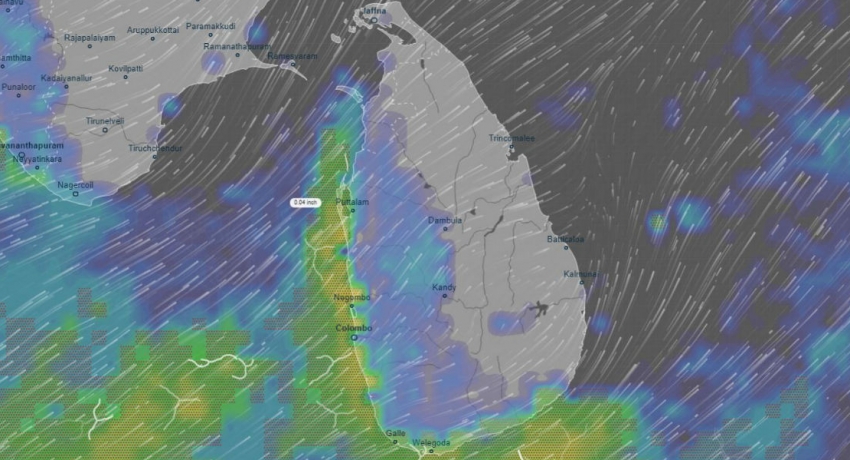 Colombo (News1st) – According to the Department of Meteorology, the prevailing windy condition is expected to continue over the island during the next few days.

Showers or thundershowers are expected to occur at times in Western, Southern, Central, Sabaragamuwa and North-western provinces, fairly heavy falls about 75 mm can be expected at some places.

Several spells of light showers will occur in Anuradhapura and Mannar districts.