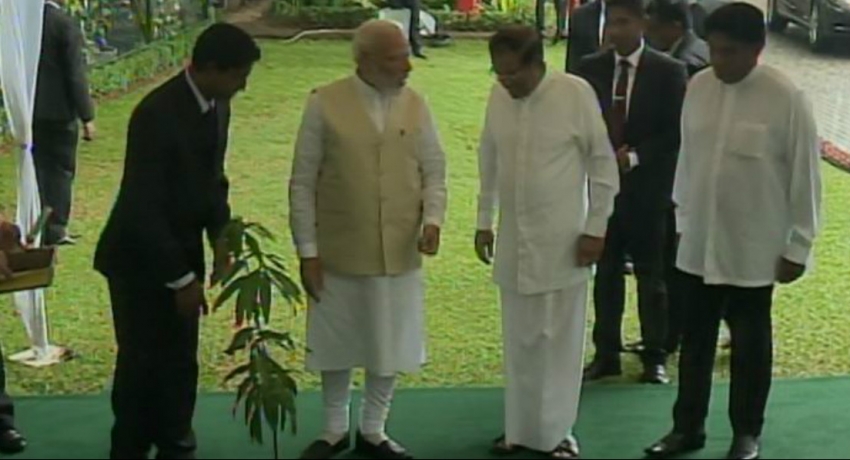 A gun salute by the Sri Lankan Military was also accorded to the visiting Prime Minister.

Consequently, the visiting Prime Minister flanked by the President and Minister Sajith Premadasa entered the Presidential secretariat where a tree sapling was planted to mark this momentous occasion.

Earlier this afternoon upon his arrival Indian Prime Minister Modi visited the St. Anthonys church in Kochikade to pay respects to lives lost in the April attacks.

The Prime Minister was accompanied by the Archbishop of Colombo His Eminence Malcolm Cardinal Ranjith along with several others.