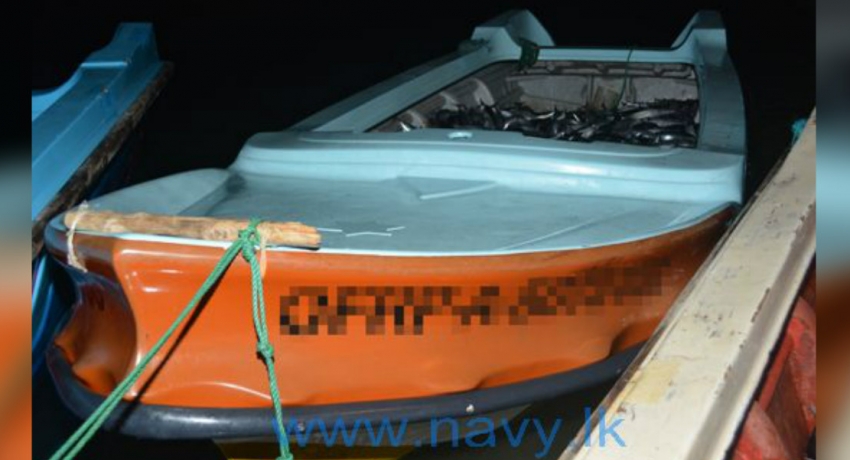 Accordingly, 23 persons were held in the seas off Norway Island, while engaging in fishing using unauthorized fishing nets on June 1st 2019. Along with the suspects 04 dinghies, 04 outboard motors (OBMs), 02 unauthorized fishing nets (each of about 225m in length) and some fishing gear were taken into naval custody and subsequently handed over to the Assistant Director of Fisheries in Trincomalee, through Sri Lanka Coast Guard.

Meanwhile, naval personnel apprehended another 08 persons engaged in illegal fishing in the sea area of Valaltoddam today (02nd June). The suspects together with the dinghy, OBM, unauthorized fishing net and rest of the fishing gear seized, were handed over to the Assistant Director of Fisheries in Trincomalee for onward action. 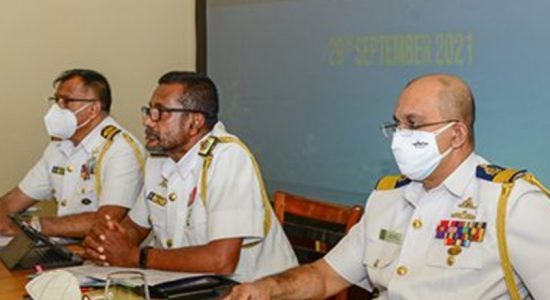 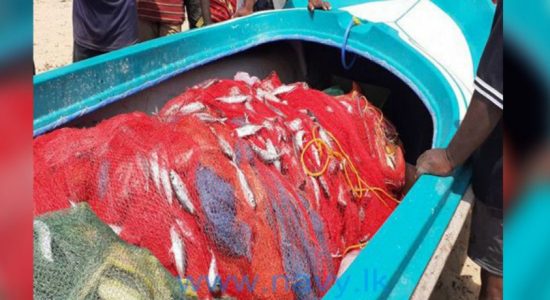 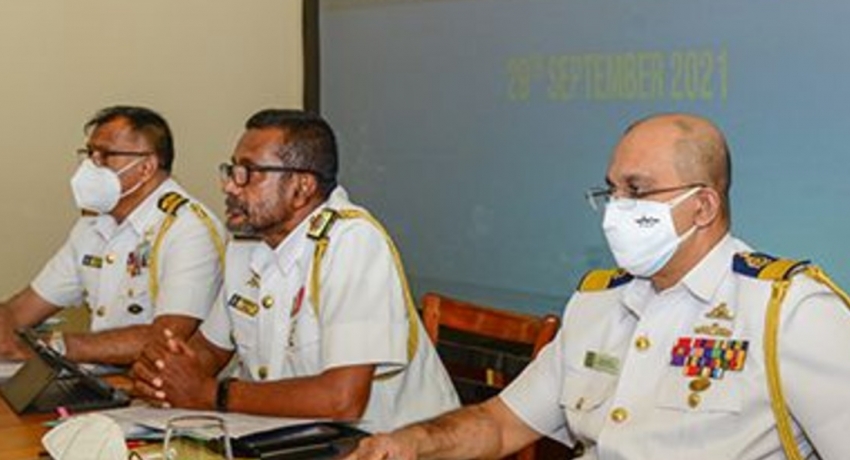 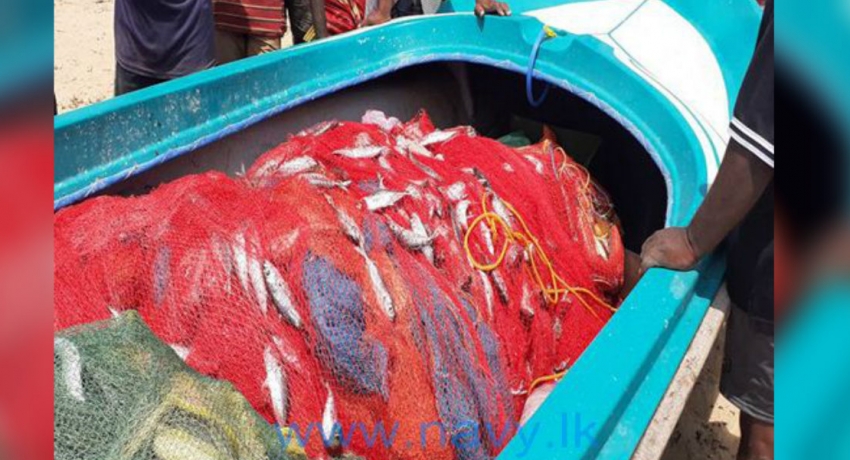