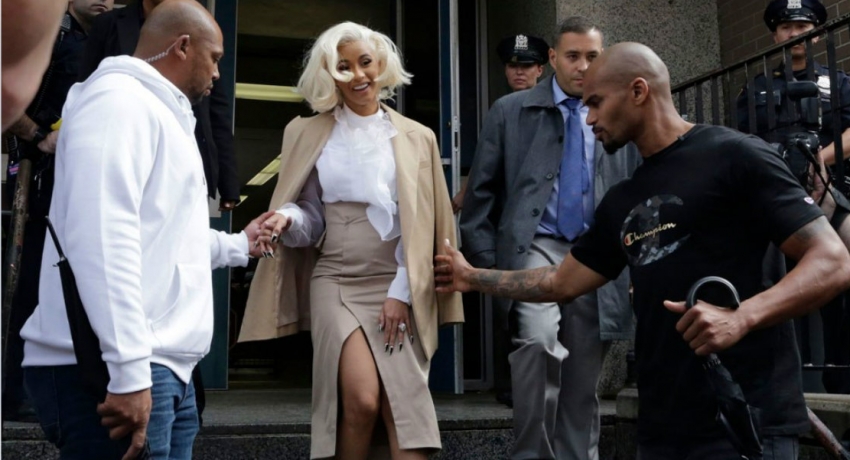 REUTERS: Rapper Cardi B appeared in a Queens, New York criminal court on Friday (May 31) to face charges of assault in connection with a fight at a strip club. Gossip Website TMZ said the case is now going to a grand jury after she turned down a deal to plead guilty to a single misdemeanor.

The 26-year-old performer, whose real name is Belcalis Almanzar, is accused of having arranged an attack on two sisters who tend bar at the Angels NYC club. Reportedly, Cardi accused one of the sisters of having an affair with her husband, Offset, who is part of the rap trio Migos. Citing police, the New York Times said Cardi B’s bodyguards and members of her entourage attacked the sisters with bottles and chairs.

Cardi B, a two-time Grammy award nominee, has topped music charts in recent years with hits “Bodak Yellow” and “Girls Like You,” a collaboration with Maroon 5.