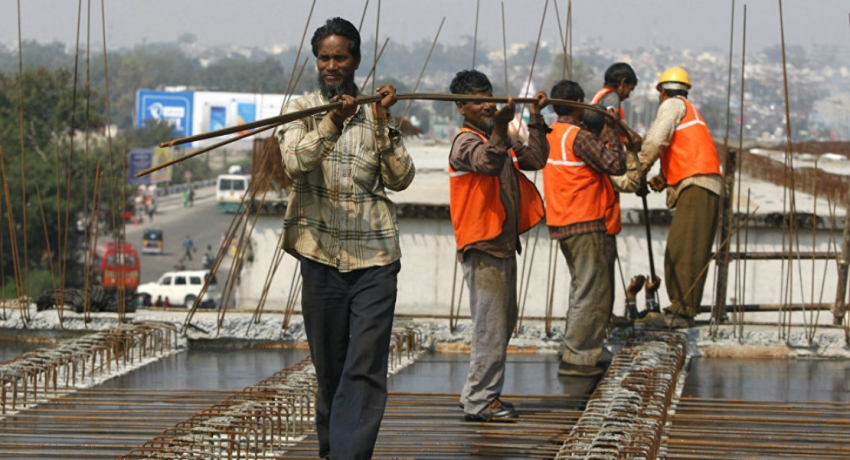 REUTERS: India’s unemployment rate rose to 6.1% in the 2017/18 fiscal year, the statistics ministry said on Friday (May 31), presenting a challenge for Prime Minister Narendra Modi and newly appointed Finance Minister Nirmala Sitharaman to kick-start job creation in their second term in office.

The data, that has been repeatedly delayed, was released a day after Prime Minister Narendra Modi was sworn in for his second term. Indian voters gave him a big mandate in the general election that ended this month despite concerns over jobs and weak farm prices.

The unemployment number comes as another set of data released on Friday showed that the economy grew at 5.8% in the January-March period, its slowest pace in 17 quarters, and falling behind China’s pace for the first time in nearly two years. The 6.1% figure matches data earlier leaked to the Business Standard newspaper in January, that said it was the highest level in at least 45 years.

The paper’s report was based on an assessment carried out by the National Sample Survey Office between July 2017 and June 2018. There has not been detailed official data on unemployment for several years, and on Friday the government declined to provide comparable numbers for the jobless rate.

“It’s a new design, new metric,” chief statistician Pravin Srivastava told reporters. He did not elaborate. “It would be unfair to compare it with the past,” he added. The data also showed the continuing gender imbalance in the Indian workforce, that has one of the lowest female participation rates in the world. The statistics ministry said that the female labour participation rate in urban areas for the quarter ending December 2018 was 19.5%, compared with 73.6% for males.