Colombo (News 1st): Kurunegala Hospital officials state that as of now more than 220 complaints have been filed against Dr Sheigu Shihabdeen Mohamed Shaafi who was arrested by the CID.

The doctor was arrested based on a tip-off that he had property worth Rs. 400 million and to ascertain if he amassed the property through activities linked to extremism or terrorism.

The Organization to Protect the Kurunegala Hospital engaged in a silent protest opposite the hospital earlier this afternoon requesting that no interferences are made into the investigation of the said doctor.

Speaking to the media Dr Hemantha Bandara the Secretary of the Government Nursing Officers’ Association (Nikaweratiya Base Hospital) noted that there was constant outside influence on the Kurunegala Teaching hospital, to stop the investigations. Therefore a proper investigation needs to be carried out.

He noted that they have no faith in the committee appointed by the Minister of Health and requested the President to take the necessary measures to conduct a proper investigation to solve the problem.

Secretary of the GMOA (Kurunegala Teaching Hospital) Dr Indika Ratnayaka said the committee arrived at the hospital yesterday, however, the staff in the hospital has come to an agreement as they cannot trust this team.

He requested this to firstly be scientifically proven and then they will join together to save the reputation of their hospital.

General Secretary of the GMOA Kalyani Kumari noted that they cannot watch an operation and say that there is something wrong.

She noted that they do not think that a doctor would do such a thing, because a doctor is there to save the lives of his patients not to harm them in any manner.

She went onto note that if such a thing has happened it should be first proven scientifically. They requested the politicians not to interfere in this matter. 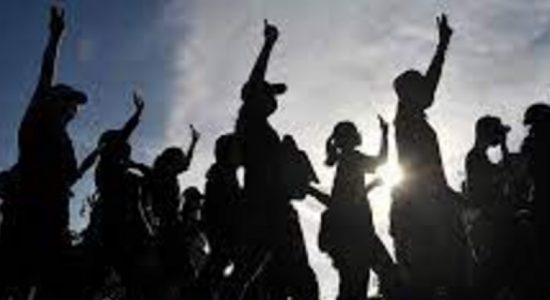