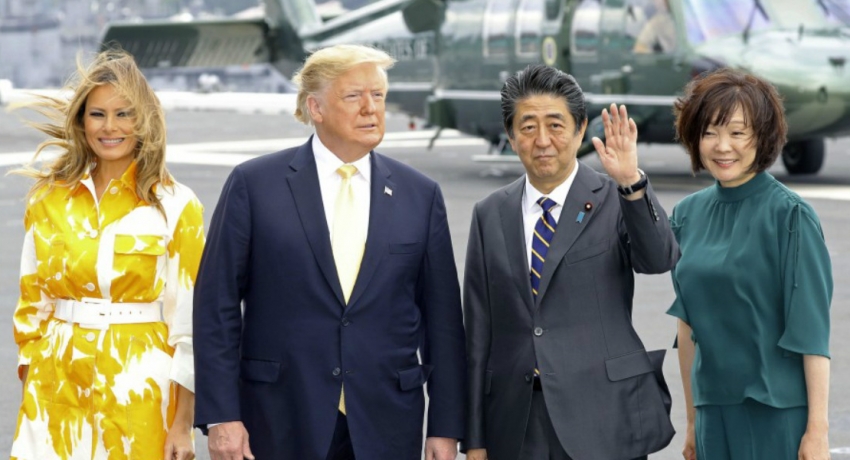 Reuters: U.S. President Donald Trump expects that Japan’s military will reinforce U.S. forces throughout Asia and elsewhere, he said on Tuesday (May 28), as the key U.S. ally upgrades the ability of its forces to operate further from its shores.

Trump’s comments followed his inspection of Japan’s largest warship, the Kaga, a helicopter carrier designed to carry submarine-hunting helicopters to distant waters. The vessel, which will soon be upgraded to handle F-35B short take-off and vertical landing (STOVL) jets, sailed to India on a flag-flying mission last year, going through the contested South China Sea, much of which is claimed by Beijing. The refit of the vessel, and its sister ship, the Izumo, is expected to bolster U.S. forces operating from Japan by providing a refueling platform for U.S. Marine F-35Bs.

Japanese Prime Minister Shinzo Abe, who accompanied Trump on the visit to the Kaga, has boosted defense spending since taking office in December 2012, stretching the pacifist constitution to ease limits on troop activities abroad. He also wants to revise the post-World War Two charter to recognize the existence of Japan’s military.