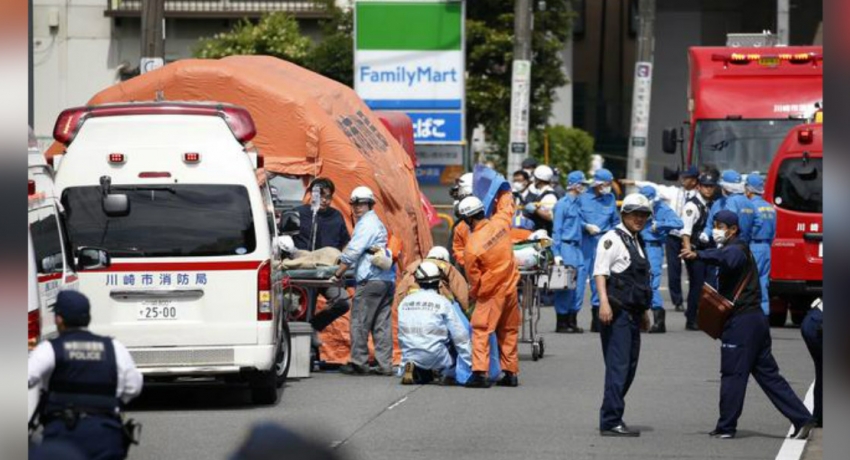 Reuters: A schoolgirl and an adult man were killed and 15 other young girls injured in a stabbing at a bus stop just outside Tokyo on Tuesday (May 28), Japanese national broadcaster NHK cited authorities as saying, and another man detained at the scene also later died.

The girls, aged between 6 and 12, were students at a private Catholic school in Kawasaki city, south of Tokyo, and were boarding their school bus when the suspect attacked them, according to NHK.

The driver of the Caritas Elementary School bus told police he saw a man approach the bus stop and start slashing at people, holding a knife in both hands, the broadcaster said.

It said the girl who was killed was aged 12. A 39-year-old man was also killed and another woman was severely injured along with the 15 other school girls who were hurt, NHK said.