The stance of the ruling party is that a select committee has to be appointed and the April 21st attacks have to be investigated before the no-confidence motion against Minister Rishard Bathiudeen be taken up.

The opposition says that the no-confidence motion against Minister Rishad Bathiudeen has to be taken up for debate.

As a result, there were tense debates in Parliament. Parliament was adjourned for tomorrow (May 23) announcing that a resolution to appoint a select committee has been approved amidst the objection of the opposition.

During parliament, today leader of the house Minister Lakshman Kiriella requested the opposition to present the evidence before the select committee and noted that they are not ready to accept the no-confidence motion.

Responding to this UPFA MP Wimal Weerawanmsa noted that during the party leaders meeting yesterday (May 21) they (government) said that the select committee will present a report in 3 weeks and thereafter a date will be allocated.

He requested the speaker to allocate a date for this if not, no one in the opposition will take part in anything to do with the so-called select committee.

Adding to this MP Mahindananda Aluthgamage said just because they shouted at the party leaders meeting saying that they will leave the government they cannot ignore the no-confidence motion against them. He noted that this is because of their fear that the government will be toppled.

He added that there are parliamentary traditions and as per those the leader of the house cannot say he will not let this happen.

Speaking in Parliament MP Susil Premajayantha noted that in the bond incident, a select committee was appointed, the investigation was carried out for over 4 months, and on the day the interim report was to be presented the Parliament was dissolved. He added that was how select committees were appointed and how problems were swept under the carpet.

MP Indika Anurudhdha noted that the Catholic parliamentarians of the ruling party said that they are standing with the people who are affected and even the TNA MPs who are in the opposition said that they would stand with the people. He questioned; “around 300 people are killed, will you not let the 225 people here be sensitive towards those people?”

Speaking regarding the matter JVP MP Vijitha Herath requested the motion against the minister to be taken as soon as possible. He added that there is no provision in the standing orders to prevent such a thing.

UNP MP Dr Jayampathy Wickremeratne speaking on the matter noted that if the allegations levelled here are proven, Minister Bathiudeen should not be here, he should be in jail. He added that there is no judicial action taking place and as MPs, they need facts to make a decision.  He went onto note that the allegations raised against Bathiudeen are also looked at in the select committee.

State Minister Niroshan Perera said that all 225 members have made this a fighting pit and that is why the people say that all 225 should be chased away or that the Parliament should be bombed. He added that hundreds are dead and they must do justice if they don’t the day that they are chased out by the people will not be far away.

UNP MP Mujibur Rahman adding to this noted that the allegations against Bathiudeen can be investigated at the select committee. He added that they are trying to conceal the real murderer behind this.

Addressing the speaker Opposition Leader Mahinda Rajapaksa noted that the decision is solely in his hands. He requested that permission be granted for this debate to cast aside the suspicions among the public.

Prime Minister Ranil Wickremesinghe responding to all allegations noted that they are not running away from anything and the JVP motion has not been presented in the additional agenda. He noted that when it is taken up they will hold the debate.

The premier noted that the people of the country want to know about this and they will get to know about it. He said the government is not trying to conceal anything.

Meanwhile, the Chief Opposition Whip Mahinda Amaraweera requested for a party leaders’ meeting. The speaker noted that a party leaders meeting will be tomorrow (May 23). 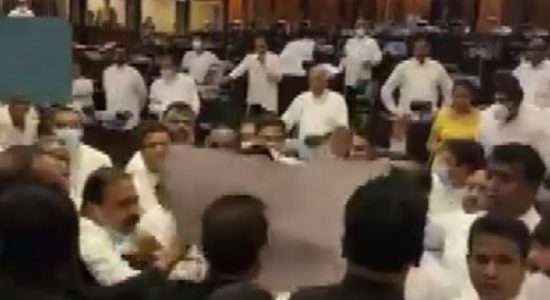 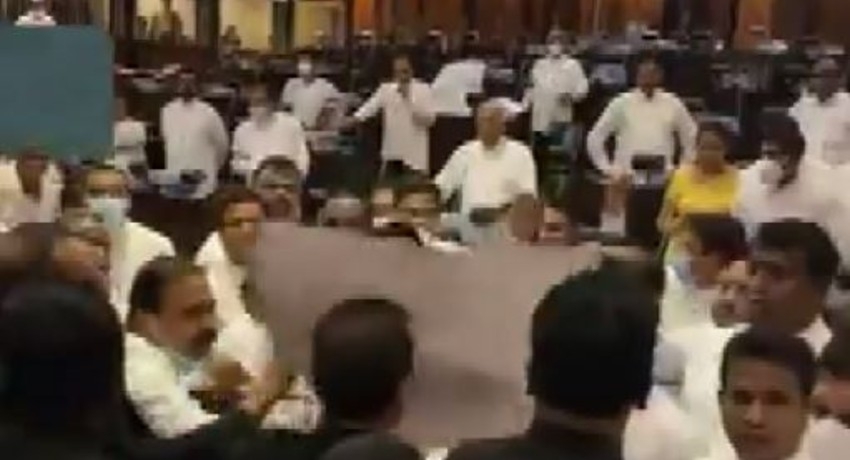