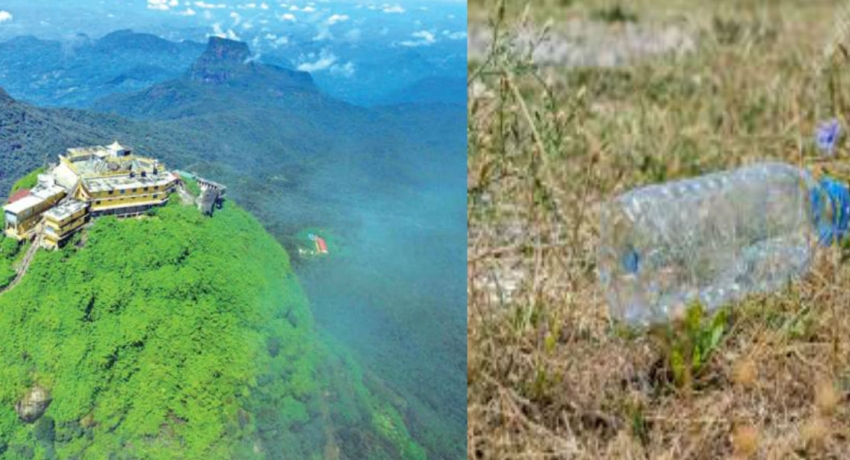 However, pilgrims had disposed of garbage responsibly this year but water bottles had been heaped at various points from Nallathanni to “Uda maluwa” at Adam’s Peak. A. W. Hemantha a resident of the area noted that the pilgrims are inclined to use plastic bottles for drinking water due to unavailability of a source of water. He finally said that measures are to be taken to recycle the plastic bottles.