Colombo (News 1st): The court today (May 11) ordered to release Kadiragaman Thambiraja Kumar alias Ajanthan who was accused of murdering 2 police officers at a roadblock in Vavunathivu in November last year.

SP Gunasekara noted that the CID was able to arrest another group of suspects on the murder of the two police officers. He noted that the arrested suspects include the driver of Mohammed Zahran of the terror group.

He went onto note that Kumar who was detained by the CID was released today after being produced before the Batticaloa Magistrates court.

Kumar who was released, returned to his family today and later speaking to News 1st noted that after the person responsible for this was identified following the terror attacks, the president had ordered that his detention order be dismissed.

While Kumar is being released in this manner, the nation questions about the release of employees at the copper factory in Wellampitiya where the bombs used for the April 21st attacks were produced.

Police media spokesperson said that a special investigation is being carried out by the special investigations division at the Police Headquarters. He added that if the release was due to negligence by the authorities, relevant legal actions will be taken against them. 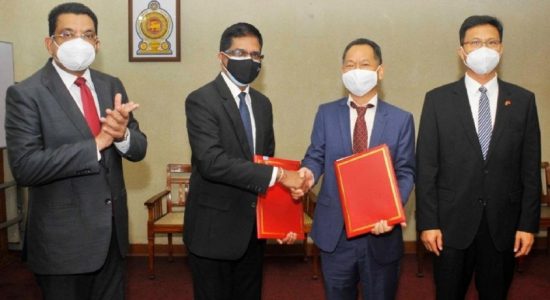