Reuters: Protesters calling for the release of WikiLeaks founder Julian Assange gathered outside a London court today (May 2), where a request by the United States to extradite him for one of the biggest ever leaks of classified information was being heard.

The United States has requested the extradition of Assange, who was dragged from the Ecuadorian embassy in London on April 11 and has charged him with conspiracy to commit computer intrusion which carries a maximum penalty of five years.

Protesters chanted slogans and waved placards as people arrived for the court hearing.

Asked whether he agreed to be extradited to the United States, Assange appearing via a video link from a British prison said he did not wish to surrender to extradition.

The case was adjourned until May 30 for a procedural hearing with a more substantial hearing planned for June 12. The full extradition hearing was some months away, the court was told.

Assange was sentenced to 50 weeks in prison by a British court yesterday (May 1) for skipping bail when he holed up in Ecuador’s London embassy for seven years.

Assange sought refuge in the embassy in June 2012 to avoid an extradition order to Sweden over an allegation of rape, which he denies. 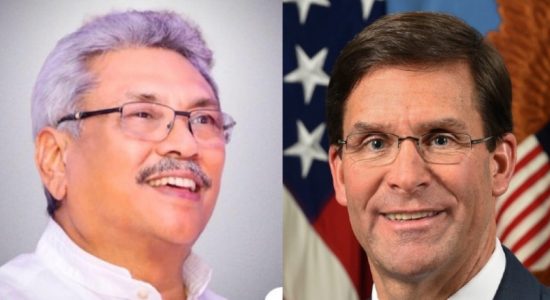