Data on Easter attack victims being collected by UDA

Data on Easter attack victims being collected by UDA

COLOMBO (News 1st) – The Urban Development Authority states it has commenced a study in order to gather information on the families that were affected by the Easter Sunday terror attacks.

The Chairman of the authority, Ranjith Shantha Kahawala noted that the study was initiated based on the instructions of Minister of Housing, Construction and Cultural Affairs Sajith Premadasa.

The chairman added that they have already ascertained the statistics on injured and deceased persons at St. Sebastian Church blast site in Katuwapitiya.

He further noted that collecting statistics in other blast sites are already underway. 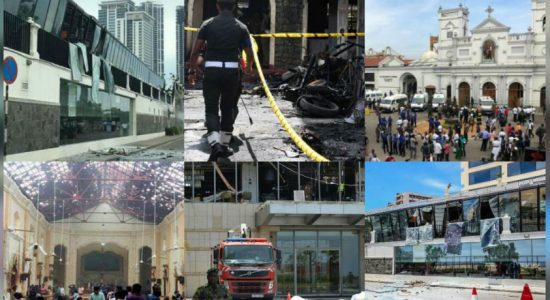 Families affected by 04/21 to be compensated

Country will be stabilized before the elections : President

Families affected by 04/21 to be compensated

I will build 1000 Dhamma schools - Sajith

Sri Lanka will be stabilized before elections