COLOMBO (News 1st) – The Archbishop of Colombo, His Eminence Malcolm Cardinal Ranjith urged all parties to unite to resolve the current crisis in the country.

Venerable Iththapana Dhammalankara Thero, Mahanayake of the Kotte Sri Kalyani Samagi Dharma Sangha Council shared that politicians are attempting to pin the responsibility of the catastrophe on each other instead of searching solutions for the crisis.

The Thero noted that it was shameful to see such behaviour from politicians even when all the religions have set aside their differences and are united for one goal: To eradicate terrorism. In addition, the Thero revealed that several important positions which are necessary for national security remain vacant even after a catastrophe of this magnitude.

His Eminence noted that politicians are still trying to score points for their political benefits following the terrorist attack. He suggested that the politicians ought to focus more on the matter at hand than the elections yet to come.

He requested the President, Prime Minister, the Leader of the Opposition and other political party leaders to come to terms in this chaotic moment of national security. His Eminence added that the public were not satisfied with the measures taken by the government and the public would take to the streets if national security is not strengthened.

His Eminence went on to add that Christians would not harm their “Muslim brothers” as it is quite the contrary what their religion dictates.

“If the current laws to tackle terrorism are insufficient, make amendments to those laws. I suggest that the prime minister make amends to the existing laws instead of introducing new ones. The other political parties also should support these measures” His Eminence finally added. 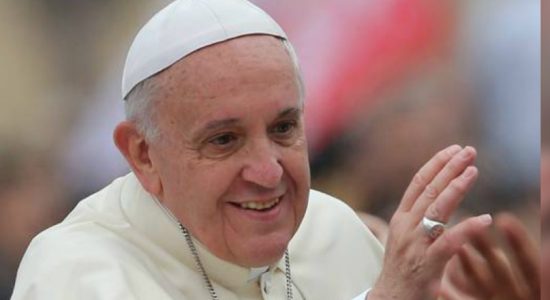