Colombo (News 1st): The Meteorology Department issued a thunderstorm advisory that will be in effect from 2 pm to 11 pm today (March 23). It noted that thunderstorms are likely to occur in Sabaragamuwa, Central, Southern and Western provinces.

The advisory also went onto note that strong gusty winds up to 70-80 kmph are also possible during thundershowers. 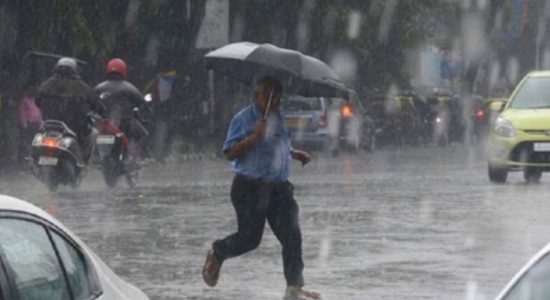