Colombo (News 1st): The response by the Singaporean government on the extradition of the former central bank governor of Sri Lanka Arjun Mahendran was discussed in parliament today (March 21).

Speaking in Parliament today JVP Parliamentarian Nalinda Jayathissa noted that even though President Maithripala Sirisena has made a public statement that he had requested the government of Singapore for Arjuna Mahendran’s extradition, the Singaporean government notes that no proper request nor relevant documents have been submitted. The parliamentarian went onto note that as a government they must provide answers to the parliament.

Responding to this UNP MP Hesha Vithana noted that President is also bound to reveal the names of the individuals who obstruct the proceeding in determining the right and the wrongful persons in the bond scam.

MP Nalinda Jayathissa responding to this statement noted that he requested MP Harsha De Silva to answer the question he raised, however, the response came from the opposition and not the ruling party. He further submitted the paper article of the Singaporean A.S.P. Newspaper to the cabinet including the article in the Hansard.

Reading out the Hansard he noted,

“Sri Lanka request to return Mahendran certain information required under Singapore extradition Laws and requested to provide them, Singapore not yet received the letter”

Speaking regarding this UPFA MP Udaya Gammanpila noted that after holding discussions with the Singaporean prime minister, President Sirisena instructed several ministers to prepare the requested documents and to proceed with this matter.

He noted that the ministry of justice is responsible for this extradition law to be enforced. He questioned; “If so why was the law not enforced by the Minister of Justice Thalatha Atukorale?” Gammanpila went onto note that there is a court order to arrest him through Interpol, however, the statement issued by the government of Singapore reveals that they were not aware of such an order.

He pointed out that the danger is that an individual such as Mahendran has left the country and Minister Thalatha Atukorale must inform parliament, as to who is obstructing her from informing the Singaporean government. 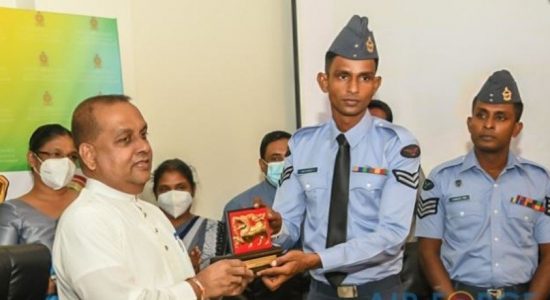