Marini de Livera was among 10 women to receive the Annual International Women of Courage Award at an event held in the US. She is the Founder and Chairperson of Sisters at Law. She uses the visual arts and drama to create legal literacy among the public. De Livera owns a street theatre group that travels around the country performing plays related to human rights issues.

Ms. De Livera has also worked as a Human Rights Trainer for the army, police, public officials, and grassroots leaders. She is the former chairperson of the National Child Protection Authority and has been a member of the Steering Committee on the Rehabilitation of Child Soldiers, the Prisons’ Reforms Committee, and the National Committee on Women.

Ms. De Livera chaired the committee that drafted the amendments to the Prevention of Domestic Violence Act. She has lectured law in Sri Lanka, the UK, and Seychelles.

US Secretary Pompeo hosted the awards at the State Department while First Lady Melania Trump delivered special remarks at the ceremony. Now in its 13th year, the Secretary of State’s IWOC Award recognizes women around the globe who have demonstrated exceptional courage and leadership in advocating for peace, justice, human rights, gender equality, and women’s empowerment, often at great personal risk and sacrifice.

Since the inception of this award in March 2007, the State Department has recognized more than 120 women from more than 65 different countries. U.S. diplomatic missions overseas nominate one woman of courage from their respective host countries. The finalists are selected and approved by senior Department officials. 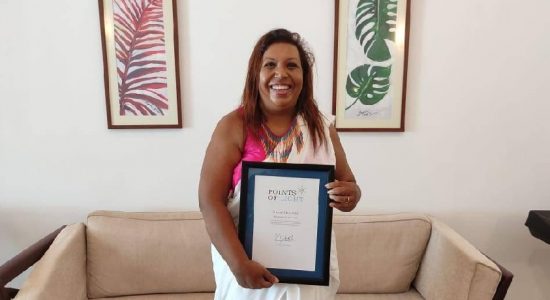