Colombo (News 1st): President Maithripala Sirisena confirmed today (Feb 15) that another phase of the programme to curb the spread of drugs will be launched next week.

He noted that in two weeks he will begin the programme to completely irradicate moonshine from villages. The President added that people who consume moonshine know that this is wrong, they beat their wives, slam furniture on the floor, they get ill and end up becoming beggars.

The President has made a special request from the Ministry Secretaries and the Director Generals to formulate a programme to rid the villages of this menace.

The 2018 Mahaweli Govi Abisheka awards ceremony was held under the auspices of President Maithripala Sirisena today. Ten thousand Mahaweli land deeds were awarded at the event held at the Dimbulagala Kuwaragala Maha Vidiyala in the Mahaweli C zone.

A two storied building at the school was also declared open in line with the event. The President also spoke on the garbage disposal issue.

President Sirisena discussed some issues of national importance with the children and said that there are new technologies when it comes to garbage disposal, if a proper location is selected and the garbage is disposed of, it will not cause problems to the people living in nearby villages. He requested that these issues be looked at taking into consideration the reality of the situation. President noted that people can protest all they want, but they have no solutions although they protest. 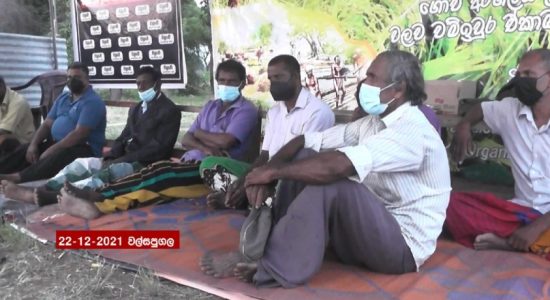