The Dubai Police has concluded its investigations into the arrest of Madush and others who were arrested during a party in a Dubai Hotel on the February 4th. However, it is still unclear when the suspects will be produced in court.

Speaking to News 1st Attorney at Law Udul Premaratne noted that they met with officials of the Dubai Police and had presented the facts with regard to Nadeemal and Amal Perera. He noted that YouTube videos were issued to the officials to prove they are popular singers in both Sri Lanka and overseas.

UPFA MP Lakshman Yapa Abeywardena speaking at a media briefing noted that Madush is not originally from Makandura, he is from Kamburupitiya. He said following his marriage Madush and his wife settled in Makandure and owned a small shop in the area selling dry fish and wood.

MP Abeywardena added that however, upon the instructions of a provincial councilor, Madush was asked to leave his property, as it was to be utilized for the construction of an industry. Afterwards, a bicycle that belonged to the son-in-law of Danny Hittetiya ran over his leg. He said that this later escalated and caused issues between the two families and finally Madush left the village. The parliamentarian noted that Danny Hittatiyage was killed while Madush was in jail.

He added that at one point, MP Nalin Bandara stated, that Madush attended my son’s wedding. He said that he did not invite everyone from his village to his son’s wedding. Only the President, Prime Minister, the Speaker, former President, Minister of Law, who was also in charge of the police, three DIG’s as well as many VIP’s were invited.

The MP went onto note that an electronic card was made available to all guests, which directs them to their respective table during the reception. He challenged anyone to conduct a police investigation into this matter, and ascertain whether Madush actually attended the wedding or not. He noted that Madush did settle down in Makandure however, he has not joined Madush for any criminal or illegal activity.

General Secretary of the National Bhikku Front Venerable Wakamulle Uditha Thero said it was recently revealed that a former IGP who supported drug traffickers, had built a huge mansion in the Kelaniya area. He noted that this association had been backed by an MP and it was his secretary who had supervised the construction of this house and it was an MP who had even introduced the IGP to drug traffickers.

Uditha Thero noted that at present, even institutions that enact the law are corrupt and they have all become puppets who dance to the tune of drug traffickers and their money. 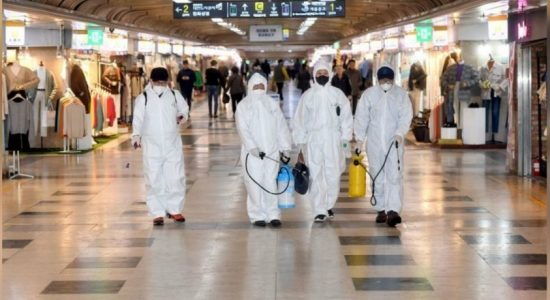 Dates to produce Makandure Madush in Dubai Courts not confirmed

Date to bring Madush to court yet unconfirmed